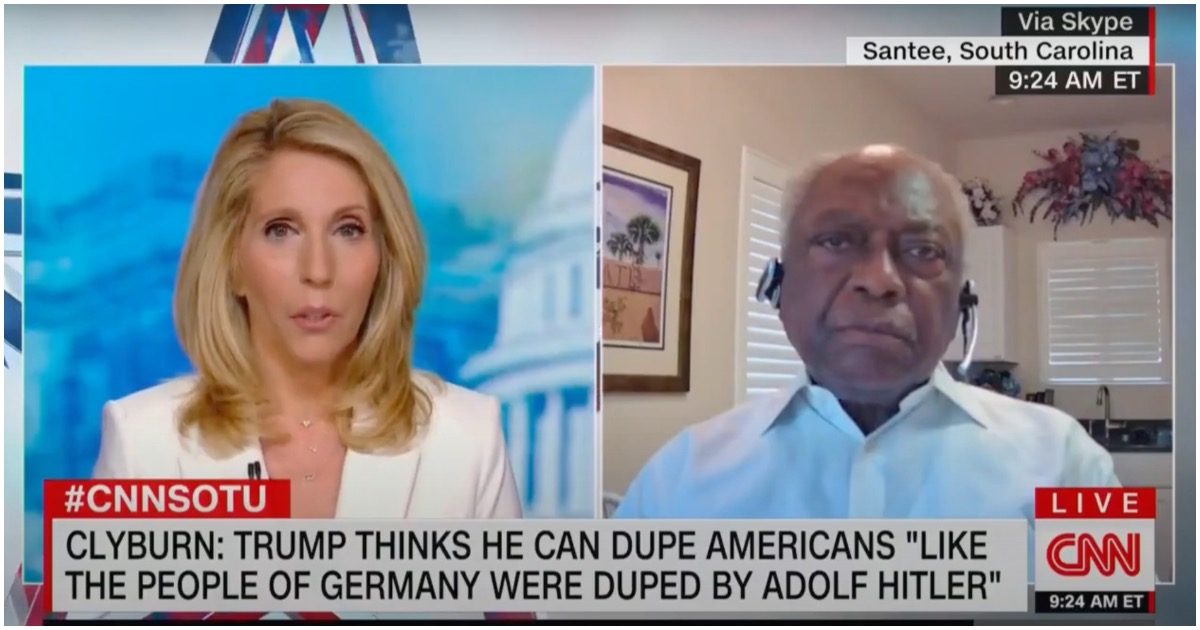 First, radically far-left Democrat Rep. James Clyburn compared President Trump to Adolf Hitler. But everybody says that, so the lawmaker had to go in another direction.

Is this real life or what?

The former chairman of the Psychiatry Department at Duke University claimed on CNN that President Trump is as bad as the worst dictators of the 20th century, and that his presidency might lead to even more deaths than they did.

While debating the merits of having psychiatrists come out with possible mental health diagnoses on Trump, Dr. Allen Frances said it was an insult to the mentally ill to compare them to him.

Frances, who is against psychiatrists violating the “Goldwater Rule,” told CNN doing so will stigmatize people with mental illnesses.

[email protected], a psychiatrist, tells @Brianstelter: Trump “may be responsible for many more million deaths” than Adolf Hitler, Joseph Stalin, and Mao Zedong.

.@AllenFrancesMD, a psychiatrist, tells @Brianstelter: Trump "may be responsible for many more million deaths" than Adolf Hitler, Joseph Stalin, and Mao Zedong.https://t.co/cBUZVQjhNU pic.twitter.com/RVARyeVnVh

Officer Orders Coffee From Dunkin’ Donuts, Employee Gets Arrested for Spitting In His Drink