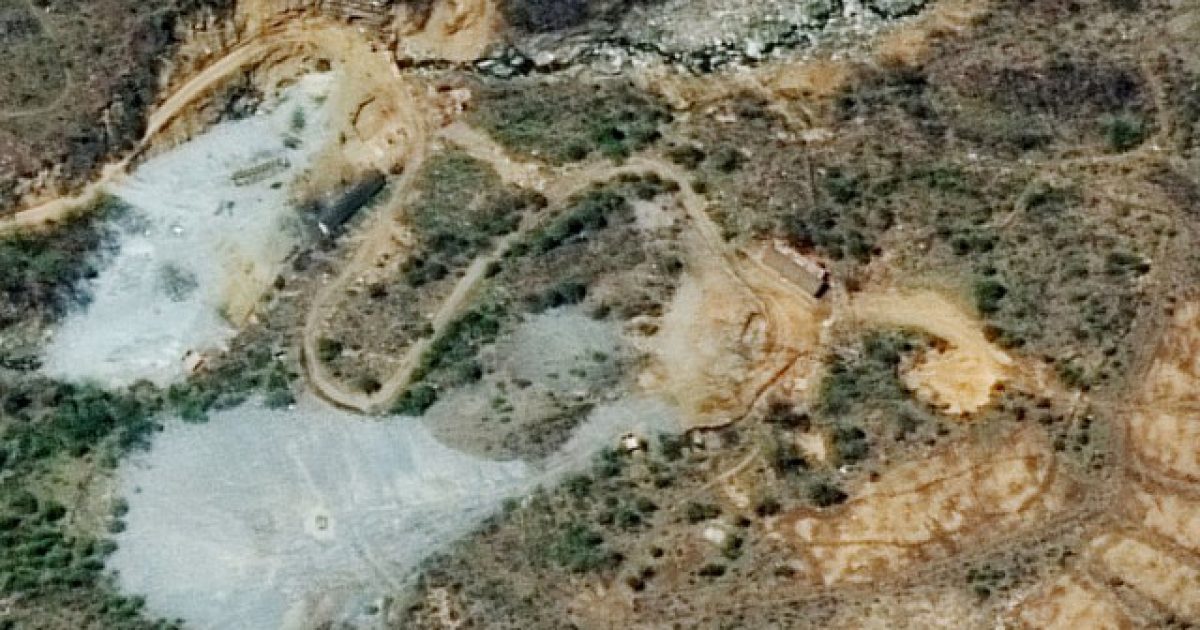 The country of North Korea has made a huge move on a nuclear site, and for once, it’s actually a good thing.

Just weeks away from a planned meeting with President Trump, North Korean leader Kim Jong Un kept his promise to destroy a nuclear test site, which was officially brought to a close in a series of explosions witnessed by foreign journalists.

It’s finally safe to say it, folks. Trump has accomplished what we all once thought was impossible.

North Korea held a closing ceremony afterward with officials from its nuclear arms program in attendance. The group of journalists that witnessed the demolition, which touched off landslides near the tunnel entrances and sent up clouds of smoke and dust, included an Associated Press Television crew.

North Korea’s state media called the closure of the site part of a process to build “a nuclear-free, peaceful world” and “global nuclear disarmament.”

“The dismantling of the nuclear test ground conducted with high-level transparency has clearly attested once again to the proactive and peace-loving efforts of the DPRK government being made for assuring peace and stability on the Korean Peninsula and over the world,” the North’s official news agency reported late Thursday.

Kim announced his plan to close the site, where North Korea has conducted all six of its underground nuclear tests, ahead of a summit with South Korea’s President Moon Jae-in in April and the planned summit with Trump, which is scheduled to take place next month in Singapore.

While Trump is making some progress in dealing with Kim Jong Un, it doesn’t seem the uneasy respect the North Korean dictator has for the president extends to Vice President Mike Pence.

The NK government tossed a few insults toward Pence recently, labeling him a “political dummy,” stating they are just as ready and willing to meet in a “nuclear confrontation” as they are to come to the negotiating table.

In other words, don’t misunderstand this bit of progress to mean that North Korea isn’t still a serious threat to the safety and security of both the United States and many other nations around the world.

This whole thing is still pretty volatile and can really go in any direction, though it does seem Kim Jong Un is serious about deescalating the current situation and striking some sort of deal.

To find out just what sort of deal, we’ll have to wait until the meeting scheduled for next month.

Trump Gets Ready to Board Marine One, Sees Cops, What He Does Next is Pure Class

“This Is A Town That Wants Thoughts and Prayers”: Why the Santa Fe Shooting Isn’t Working for the Anti-Gun Left