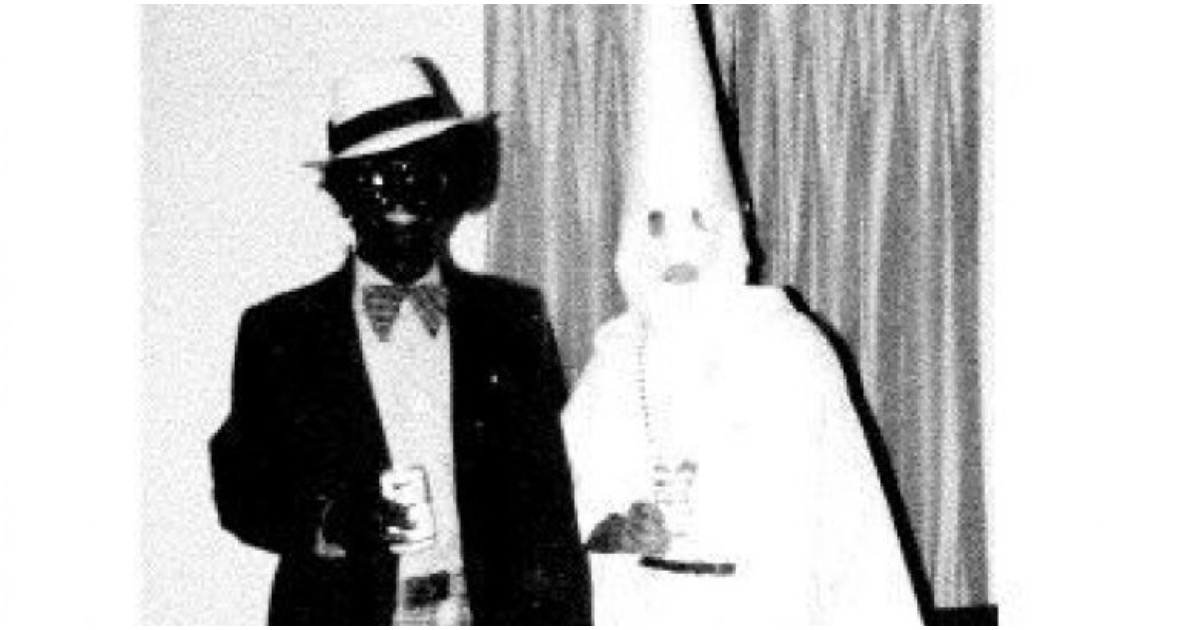 Governor Ralph Northam is in some serious trouble, and his latest, skittering sidestep isn’t helping his cause one iota.

Yesterday, a yearbook photograph surfaced of an incredibly bigoted display:  Two young white men, one wearing blackface and another in the full robes of a member of the Ku Klux Klan.  It was despicable, to put it mildly.

The photograph was labeled to contain current Virginia Governor Ralph Northam, causing a massive outrage among his democratic peers.  Calls for his resignation have been issued nonstop in the hours after this story broke, yet Northam currently remains in power.

Northam did apologize for the photo, while also stating that he doesn’t remember which offensive persona he took on.  (The blurry photo isn’t helping matters either).

Now, in a stunning turn of face, Northam is backtracking, essentially daring someone to prove that it was him in the photo.

Gov. Ralph Northam of Virginia, facing intense pressure to resign from fellow Democrats after admitting that he posed for a photo in a racist costume as a medical student more than 30 years ago, was calling state Democrats on Saturday to say he did not think it was him in the picture and that he would not resign.

Mr. Northam, who apologized on Friday night, was increasingly isolated, but in phone calls on Saturday morning he said he had no recollection of the yearbook image of two men, one in blackface and the other in Ku Klux Klan robes. Late Saturday morning, his office announced that he would provide a statement to the news media at 2:30 p.m.

In addition to calling state Democratic officials, Mr. Northam has been calling former classmates at Eastern Virginia Medical School in an effort to determine more information about the picture — and to survive a crisis that is threatening his year-old governorship.

This sort of blame-shifting burden has all the hallmarks of a well-versed political PR operation – something that is notably abundant on the left side of the aisle.

Northam’s career should be over, but he’s hanging on by a thread thanks to the democratic deep state and the spin-masters.

Main Stream Media: Joe Biden Leads In The Polls, Yet No One Shows Up To His Rallies… How Does That Make Sense?
October 22nd, 2020 Sons of Liberty Media