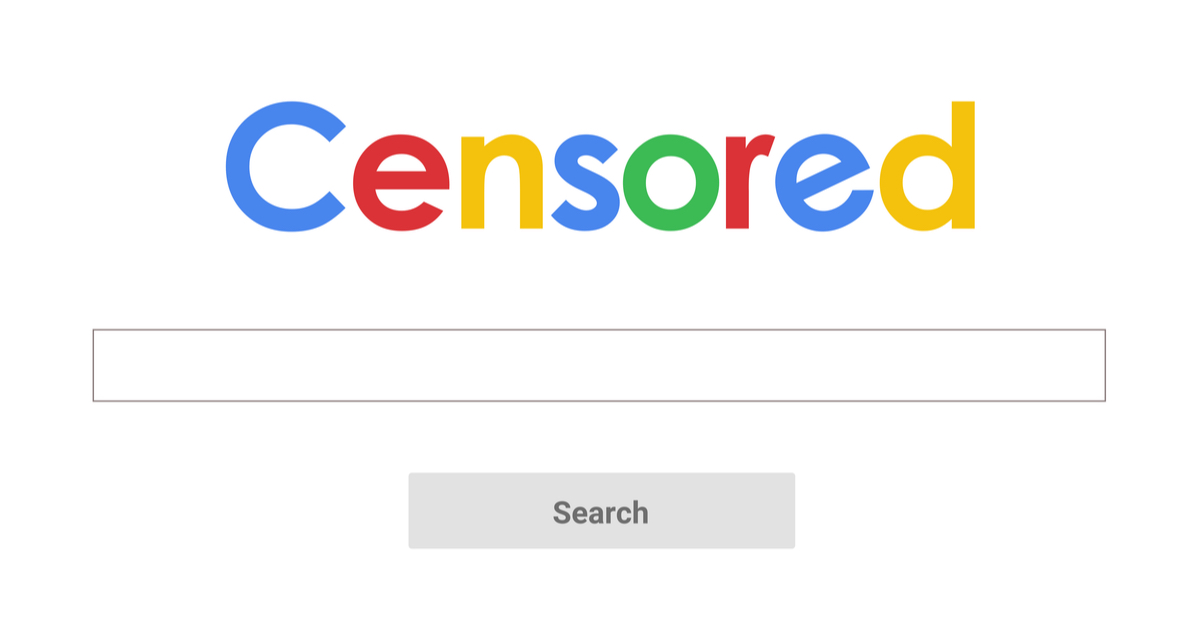 There have been no shortage of concerns in our great nation that our right to free speech is disappearing before our very eyes.

The First Amendment is a beautiful, undeniably grand idea.  It has preserved our very way of life here in America for well over 200 years by allowing every man and women in this nation to speak out against the injustices they perceive in their every day lives, and to bring that attention to the highest levels of authority when necessary.

The issue we face today, however, are the gargantuan media companies that our government isn’t regulating in terms of the First Amendment.  Google is a particularly poignant example due to their overwhelming power on the internet.

Google’s only saving grace in these regards is their unregulated, but assumed benevolence.

Simply put, we are crossing our fingers and hoping that Google isn’t that evil or petty or biased.  The issue is that there is plenty of evidence that Google is acting in bizarre and unexplainable ways…especially toward conservative Americans.

For instance, in the case of Virginia Governor Ralph Northam’s recent racist debacle, Google will let you search for and read a vast number of articles about it.  The problem is, they are all from inadequately auxiliary sources.

You see, the story of Ralph Northam’s bigoted medical school photo was broken by a news site called Big League Politics.  The site has a heavy conservative lean, and so they have been quite obviously shadow-banned by Google.

When you type “Ralph Northam Big League Politics” into Google, you actually will not receive a single link to the powerful, premiere article from the conservative news brand….only references to them in mainstream articles. 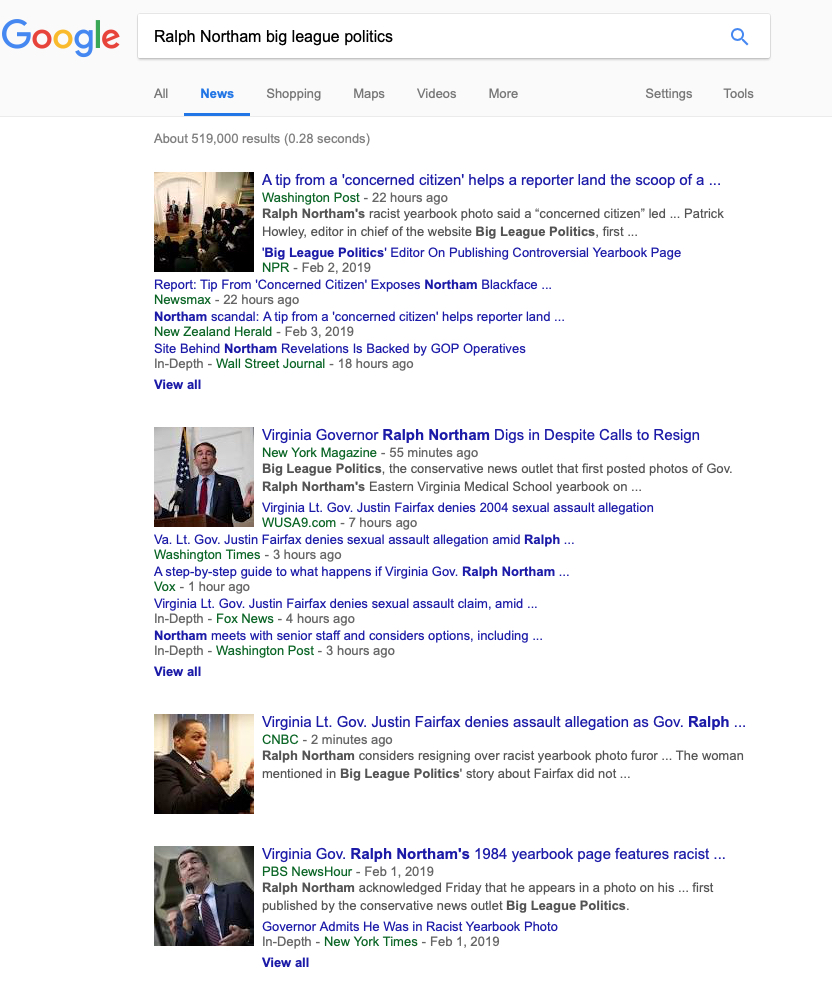 How on earth does this happen?  Simple:  Google is adjusting their algorithm to keep Big League Politics out of the search results.  [Author’s note:  If Google would like to provide a better explanation, I’d be glad to publish it.]

How does this jibe with the First Amendment?  Well, it doesn’t, but Google will claim that they are a “private company” that can act as they please.  This is akin to Hitler saying that “private companies” produced the yellow stars that the Nazis forced Germany’s Jews to wear on their clothing, or that a “private company” provided the fuel for their book-burning bonfires.

Then, to top it all off, we add Google’s Orwellian behavior into the mix, and the liberal mainstream media is beginning to look a lot like the fascists of yesteryear.

Worse still, it seems as though there is a coordinated effort by a mafia-like posse of left wing journalists to keep this sort of censorship moving forward:

The Internet once seemed poised to utterly destroy the establishment media. In an era where everyone with a phone and a social media account could reach an audience of millions, the need for professional journalists gatekeeping information seemed pointless.

Yet journalists have savagely fought back against the social media companies that once threatened to displace them. Today, one angry email from a left-wing journalist is enough to get a tech giant to frantically manipulate its algorithms — or even create manual blacklists — to appease them.

The journalists at BuzzFeed have become masters of this tactic. Recently, they launched an investigation into “misinformation” and “hyper-partisan” content on YouTube. A day after the publication of BuzzFeed’s report, YouTube announced it would adjust its algorithms to tackle “misinformation”. The outlet led the media pressure campaign to have Alex Jones booted from Twitter. Anti-censorship comedian Michael Meecham (aka “Count Dankula”) says it was BuzzFeed that made YouTube demonetize his channel, effectively firing him.

Now we must ask ourselves the tough questions here in America:  At what point does the First Amendment yield to the whims of a private company operating in the United States?

Hopefully, the answer is “never” and, hopefully, we let Google know this right away.  Otherwise we’ll all be wearing metaphorical yellow stars before we know it.