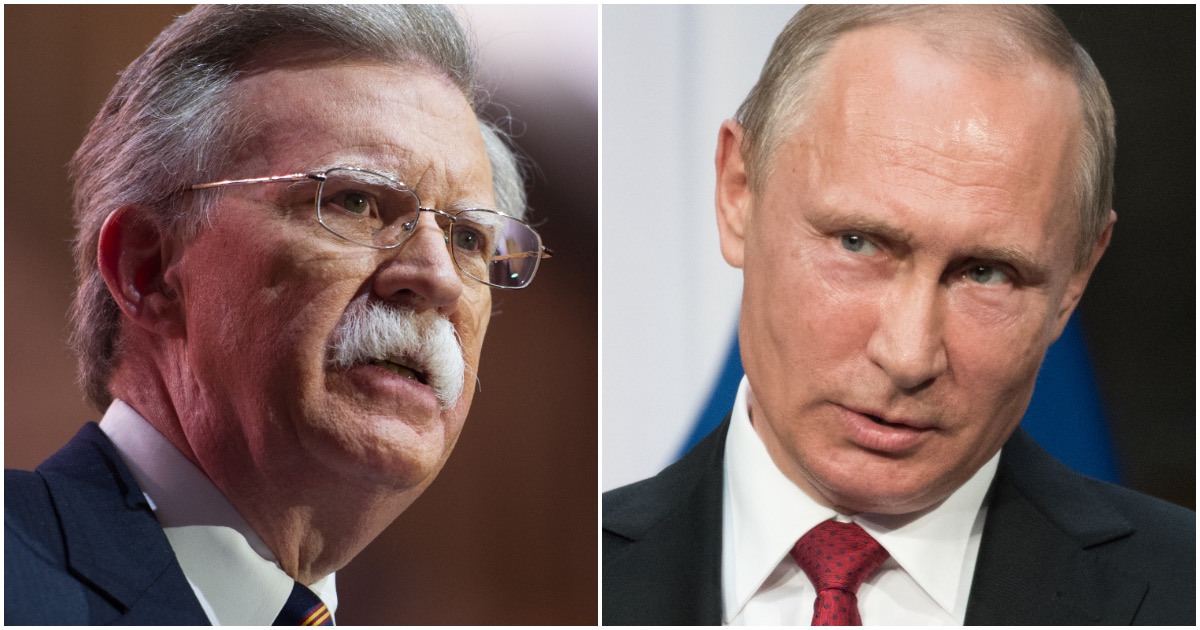 According to Bolton, Russian President Vladimir Putin will visit the White House sometime in 2019.

Bolton spoke on a trip to the ex-Soviet nation of Georgia, which fully lost control over its two separatist provinces after losing a brief war with Russia in 2008.

Bolton noted that Putin and U.S. President Donald Trump are set to meet in Paris when they attend Nov. 11 events marking 100 years since Armistice Day.

Trump sent Putin a strong message last week by pulling out of the nuclear deal with Russia.

President Donald Trump told members of the press late Saturday that the United States intends to seek a new deal with both Russia and China to put a halt to nuclear armament. China was not part of the original deal, the Intermediate-Range Nuclear Forces Treaty (INF), authored in 1987 before China was officially a known nuclear power.

As far as Russian retaliation, Newsmax has the details:

Russian Deputy Foreign Minister Sergei Ryabkov said on Sunday that a unilateral U.S. withdrawal would be “very dangerous” and lead to a “military-technical” retaliation.

Gorbachev, now a frail 87-year-old, said it would be a mistake for Washington to quit the treaty, and that it would undermine work he and U.S. counterparts did to end the Cold War Arms race.

“Do they really not understand in Washington what this could lead to?” Interfax news agency quoted Gorbachev as saying.