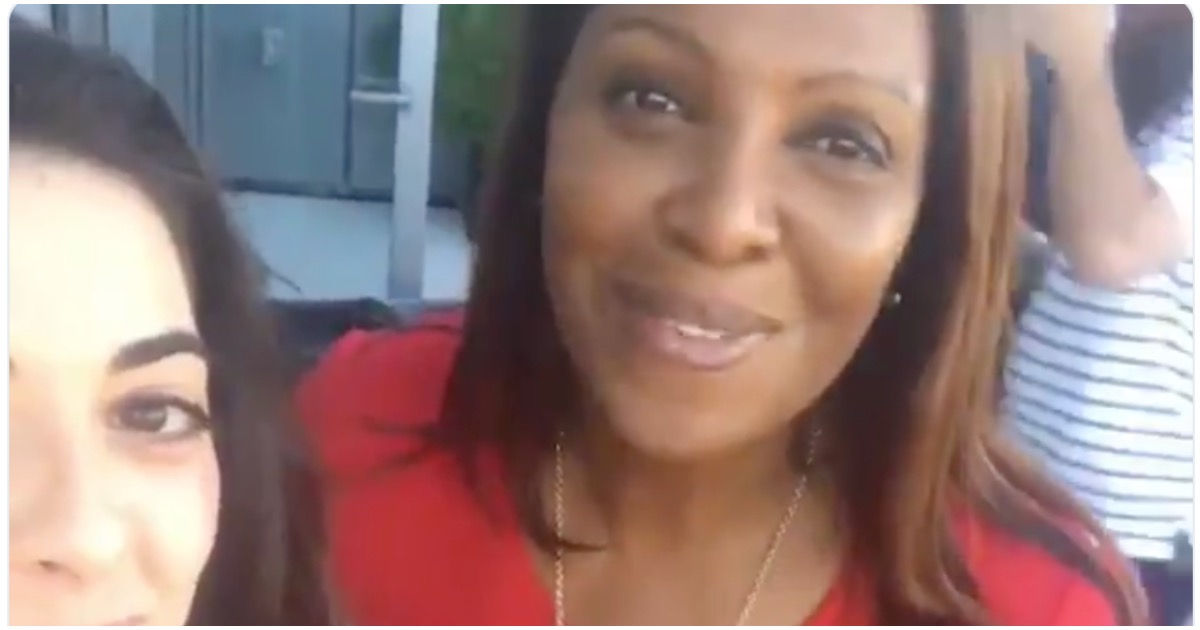 The attorney general-elect of New York is no fan of President Trump.

She was caught on video cursing out and threatening the commander-in-chief.

Reporter: “What would you say to people who say, ‘Oh, I’m not going to bother to register to vote because my voice doesn’t make a difference.” Or, “I’m just one person.”

Letitia James: “I say one name. Donald Trump. That should motivate you. Get off your ass and vote.”

Reporter: “Will you sue him for us?”

Letitia James: “Oh, we’re definitely going to sue him. We’re going to be a real pain in the ass. He’s going to know my name personally.”

That’s quite high, considering the vast majority of news coverage of the commander-in-chief is negative.

An even more interesting statistic should have Democrats very worried.