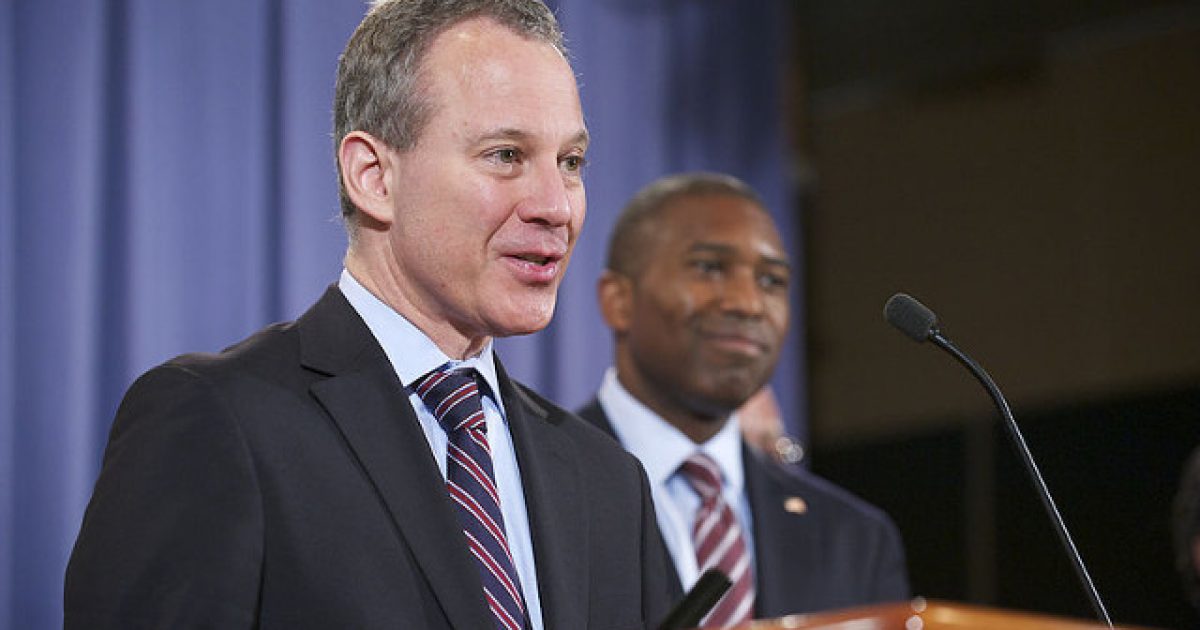 New York Attorney General Erick Schneiderman has announced his resignation just hours after a story published by The New Yorker contained allegations of physical abuse and controlling behavior by several women who had romantic relationships with him.

Schneiderman drafted a statement explaining his decision which was published and made official late in the evening on Monday night.

“It’s been my great honor and privilege to serve as Attorney General for the people of the State of New York,” Schneiderman said in a statement. “In the last several hours, serious allegations, which I strongly contest, have been made against me. While these allegations are unrelated to my professional conduct or the operations of the office, they will effectively prevent me from leading the office’s work at this critical time. I therefore resign my office, effective at the close of business on [Tuesday].”

Schneiderman was accused in the wide-ranging report — co-written by Ronan Farrow — of hitting and choking women without their consent, asking to use “about half” of a woman’s prescription of the anti-anxiety drug Xanax, and mocking anti-gun demonstrators including parents from Sandy Hook Elementary School, the site of the 2012 shooting massacre, as “losers.”

Schneiderman, long a pillar of New York’s Democratic establishment and a critic of President Trump, has cast himself as a supporter of the #MeToo movement after Farrow uncovered a long list of rape and sexual harassment accusations against the now-disgraced Hollywood titan Harvey Weinstein.

Two of Schneiderman’s accusers, Michelle Manning Barish and Tanya Selvaratnam, spoke to The New Yorker on the record to document claims that Schneiderman nonconsensually hit and choked them. A third woman who also was involved with Schneiderman told her story to the other two women, but said she was too frightened to come forward. A fourth woman said Schneiderman slapped her when she rebuffed him, but also asked to remain unidentified. The New Yorker said it vetted the third woman’s allegations, and saw a photo of what the fourth woman said was her injury.

The horror show didn’t end there, either. Manning Barish stated that she dated Schneiderman between 2013 and 2015 and began experiencing his disgusting abuse just a few weeks after they became physically intimate.

Barish claims she was slapped during those encounters without consent and that Schneiderman constantly made derogatory comments about her looks. She also claimed he would get drunk five nights a week.

Another woman stated that Schneiderman called her his “brown slave” and demanded that she refer to herself as “his property.”

As you can clearly see, for the vast majority of Democratic politicians, the whole “war on women,” spiel is nothing more than political posturing used to bamboozle an entire segment of the population into voting for the left.

The sad part is, for whatever reason, many will overlook such gross behavior in favor of supporting someone who, at least on paper, supports their agenda. Truly tragic.

Reporter Asks Ludicrous Question About Melania Trump, Sarah Sanders Shuts it Down With a Quickness