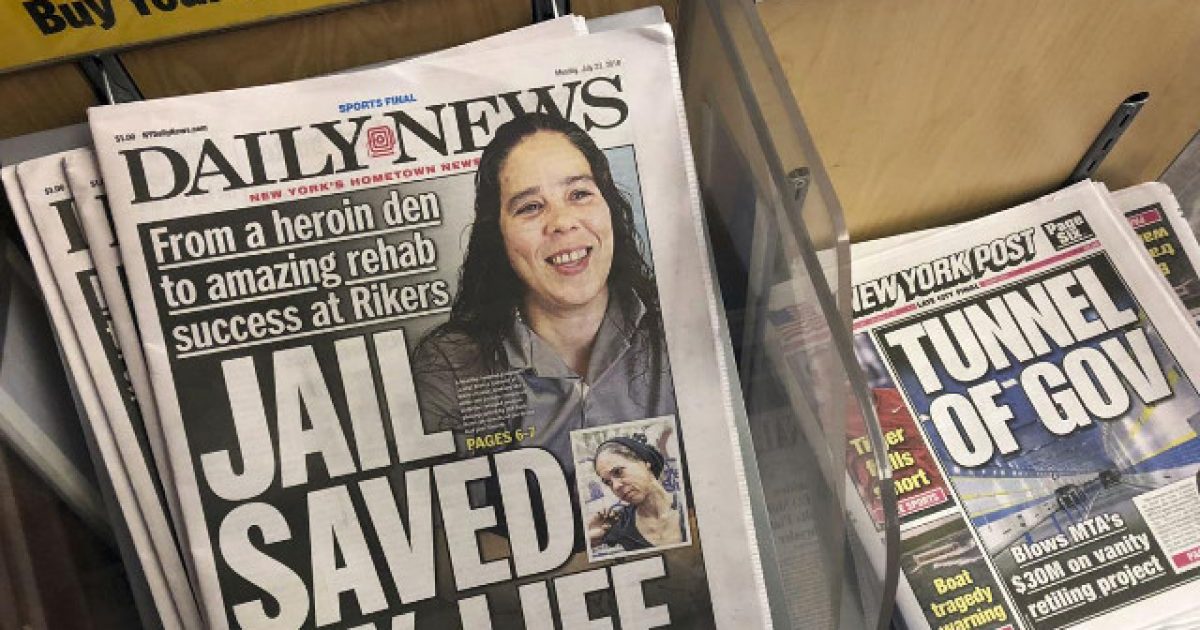 Employees working for the NY Daily News have been preparing themselves for bad news for weeks now, awaiting the final verdict on who would be cut from the staff.

Well, the bad news was finally delivered Monday morning. No, they weren’t given during personal phone calls. Nor were they revealed in a brief, one minute staff meeting. News of the cuts came in the most impersonal, cold, distant means of communication possible.

Tronc, which owns NYDN, sent an email to staff Monday morning announcing it would be “fundamentally restructuring the Daily News,” according to a copy of the memo obtained by the Daily Beast’s Max Tani.

“We are reducing today the size of the editorial team by approximately 50 percent and re-focusing much of our talent on breaking news — especially in areas of crime, civil justice and public responsibility,” the email said.

Tani wrote on Twitter that “multiple staffers” told him NYDN employees were called in for an all-staff meeting and told to wait for the email.

Later in the email, Tronc wrote: “With the exception of a few particular employees who are not in the office today, Human Resources will communicate with everyone leaving the Daily news by the end of the day,” suggesting many employees still don’t know whether they have a job or not. Those who are laid off, per the email, will “be paid for the next 90 days and be eligible for transitional benefits after that.”

The biggest cut was editor-in-chief Jim Rich, who foreshadowed the layoffs in an ominous tweet Monday morning.

This is a truly shameful business practice that these folks ought to be ashamed of participating in.

When you have a career, especially in journalism, it’s not just a job. It’s your life. These folks are losing a huge part of their income and self-esteem is taking a critical blow all at the same time. The least the company should’ve done was had these folks told of their layoff in person.

On the other hand, perhaps if the NY Daily News did true, honest reporting instead of publishing biased drivel, maybe they would be doing better as a company.

Just putting that out there.