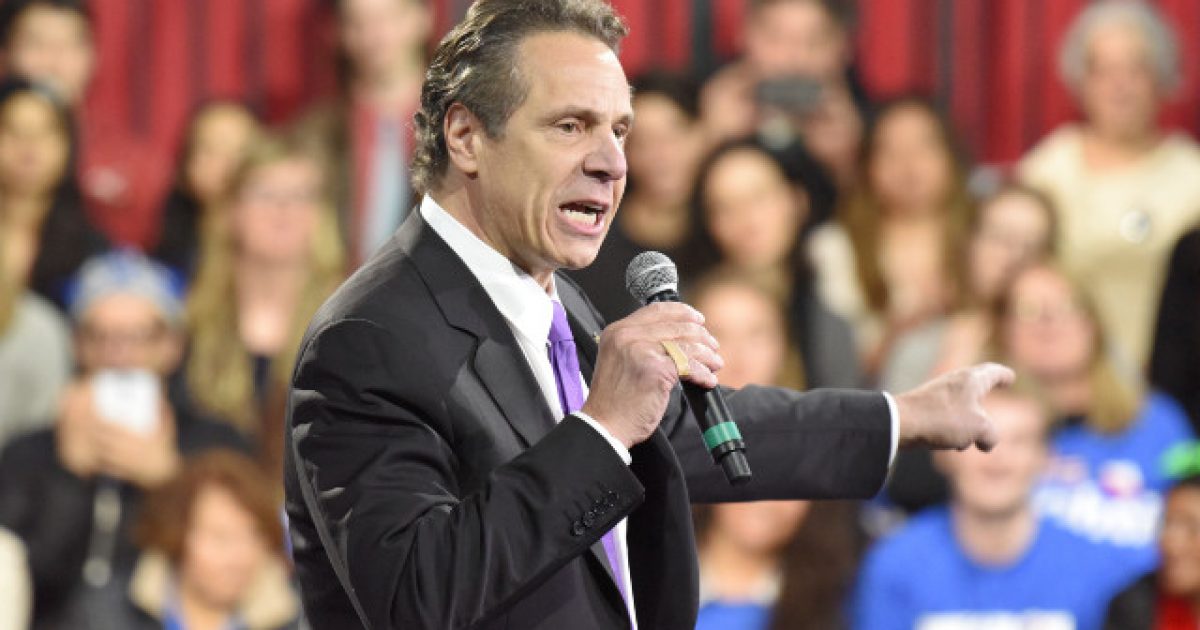 Democratic New York Gov. Andrew Cuomo got torn apart on social media after he thought, for whatever reason, that it would be a good idea to sell posters that tout his state’s response to the COVID-19 outbreak. In case folks have forgotten, his state became the epicenter of the worst part of the pandemic with thousands upon thousands of deaths.

Then, of course, there’s his order to take coronavirus patients and stick them in nursing homes, which killed a lot of people. Hardly the kind of thing you want to brag about, right?

Cuomo on Monday revealed a poster he claimed to have designed that praised what he called “New York Tough,” saying his artwork captures the plight of New Yorkers as they rose above the scourge of the coronavirus.

“I love history. I love poster art. Poster art is something they did in the early 1900s, late 1800s, when they had to communicate their whole platform on one piece of paper,” Cuomo said.

The poster depicts essential workers pulling a rope up a mountain. This is supposed to symbolize the “flattening of the curve” of the coronavirus. Over the weekend, New York recorded its first day since early March that the state had no fatalities.

The top of the poster contains a quote from Cuomo: “Wake up America! Forget the politics, get smart!”

And true to form, Cuomo couldn’t resist an opportunity to take a big dig at President Trump. The president sits inside a crescent moon located at the top right of the poster with the words, “It’s just the flu” off to the right.

New York state officials — including Cuomo of course — are at the bottom of the poster above the words, “New York State Leads Again.” They sure did lead. In deaths. Again, not something to brag about.

On the left of the poster a gusting wind is blowing in that is labeled as the “WH Task Force” blowing the “Winds of Fear.”

The Sea of Division. The Boyfriend Cliff. The Sun On The Other Side. See it all for yourself.

One question folks have is what is going to be done with the money that is raised from the purchased posters, though the website says, “New York State does not profit from the sale of this poster.”

Your inaction and infighting with the Mayor caused thousands of deaths.

Nearly every expert in the nation says had you acted sooner it could’ve saved nearly 10,000 lives.

That you think it’s time for posters touting your “success” is troubling.

I appreciate the sentiment, but the "mountain" is made of 25,000 dead bodies. Please retire this trope. We should have a statewide day of mourning, not a celebration.

I don't see Nursing Homes of Death on here.

Cuomo must be one of the most tone deaf politicians in this country to not understand how this could be seen as offensive. He failed his state in just about every way, making decisions that killed large numbers of people. It’s unreal that he would put a poster like this out given how badly he failed.

Related Topics:Andrew cuomocoronavirusFeaturedNew York
Up Next