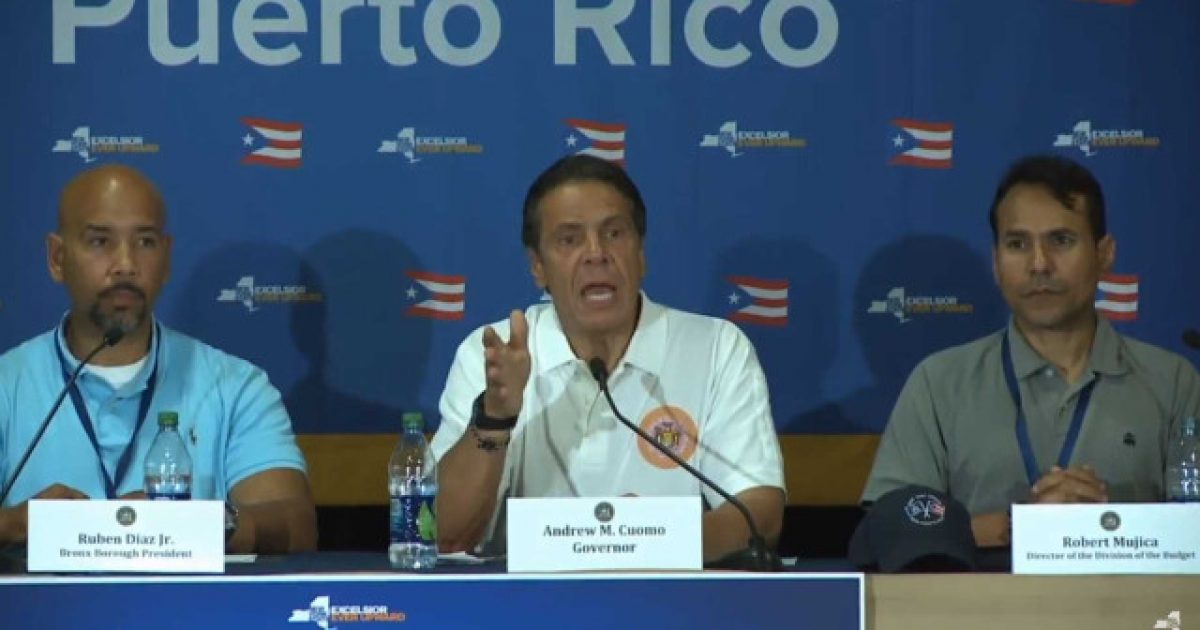 New York Democratic Gov. Andrew Cuomo has decided to take his radical left-wing rhetoric to the next level, stating during a press conference held on Monday that President Trump and his administration are waging a “jihad” against illegal immigrants.

That word he keeps using, “jihad,” it doesn’t mean what he thinks it means.

The comment in question comes after Cuomo announced he would be pardoning criminal illegals who were facing deportation because of their criminal record. Gee, what a great guy, allowing dangerous criminals to have a free pass to enter the streets.

“What they’ve done at the border is an example of it, what they’ve done in Puerto Rico, and they are on a jihad to deport as many people as they can who they believe are not in the United States legally,” Cuomo claimed.

The term “jihad” refers to ” a holy war waged on behalf of Islam as a religious duty,” or a “struggle.”

What Cuomo doesn’t seem to understand is that the government’s legitimate function is to serve as a bearer of the sword, bringing dangerous criminals to justice in order to help protect the citizens of their own country and the resources they need to live prosperous lives.

This guy seriously needs to get a grip on reality and stop all of the fear mongering.

Army Reserve Officer Goes on Anti-Military Tirade on Twitter, Now This is Happening to Her.