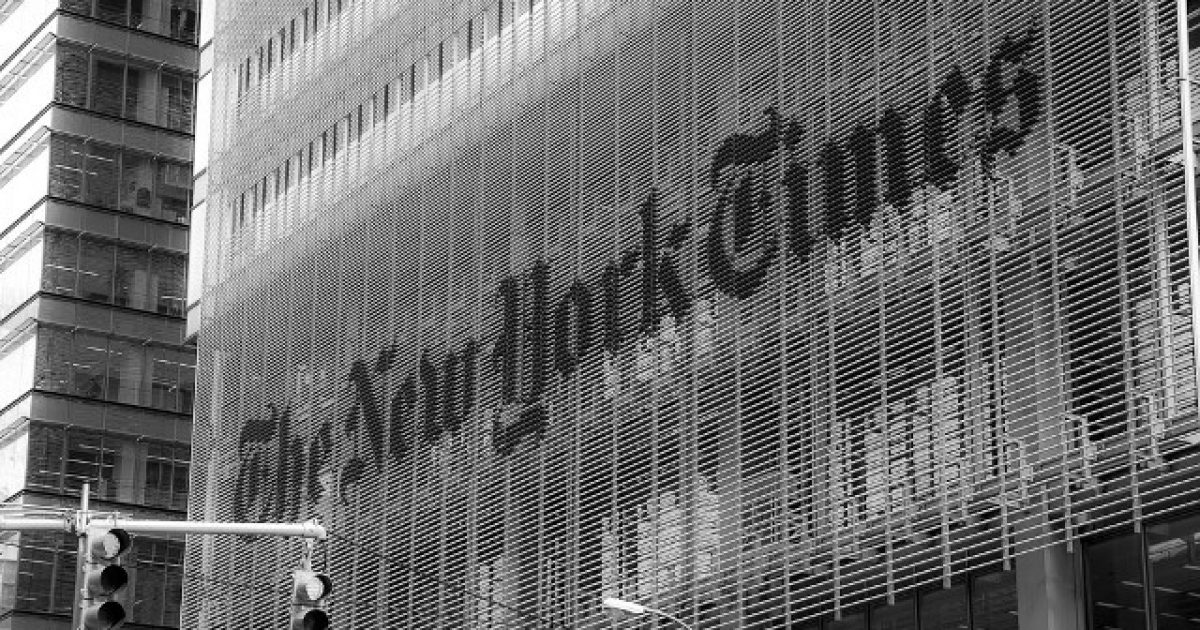 The New York Times, one of the most egregious left-wing publications that exist in the country, is no doubt feeling really, really salty today after finding out that Secretary of State Mike Pompeo, who they bashed for being AWOL, was actually secretly in North Korea securing the release of American prisoners.

Talk about having egg on your face. Yikes.

This is precisely what happens when you drop journalistic integrity and objectivity and take up pushing a political agenda, offering up more commentary and opinion than fact.

In an apparent jab at the administration, The Times’ headline said, “At a Key Moment, Trump’s Top Diplomat Is Again Thousands of Miles Away.”

The story, written by Gardiner Harris, focused on Trump’s top diplomat being absent when Trump “made what could be the most significant diplomatic announcement of his presidency” by pulling out of the Iran nuclear agreement.

“The absence of Mr. Pompeo and other top State Department officials left perplexed European diplomats privately complaining that they were having trouble getting answers from Washington,” Harris wrote.

The Times story also mocked Pompeo’s plane, reporting that it “has such poor equipment that calls are often dropped midsentence.”

One has to wonder how the Times will end up responding to this whole mess now that they’ve severely embarrassed themselves. Fox reached out to them for comment, but no one has responded as of this writing.

Much of the mainstream media will try and ignore the fact that Trump and those involved in his administration managed to accomplish this amazing feat, one that the previous president totally failed at, if he even really attempted it at all.

Instead they’ll try to shift the narrative back to Stormy Daniels or maybe the Russia probe, or whatever scandal of the week they happen to be working on in an attempt to take down the president.

If only the media would get back to their actual job, which consists of reporting the facts as objectively as possible so people can make their own well informed decisions about the issues of the day.

Student Mentions Concealed Carry in Conversation, Police Pay a Visit to her in Class, What Happened Next is Outrageous