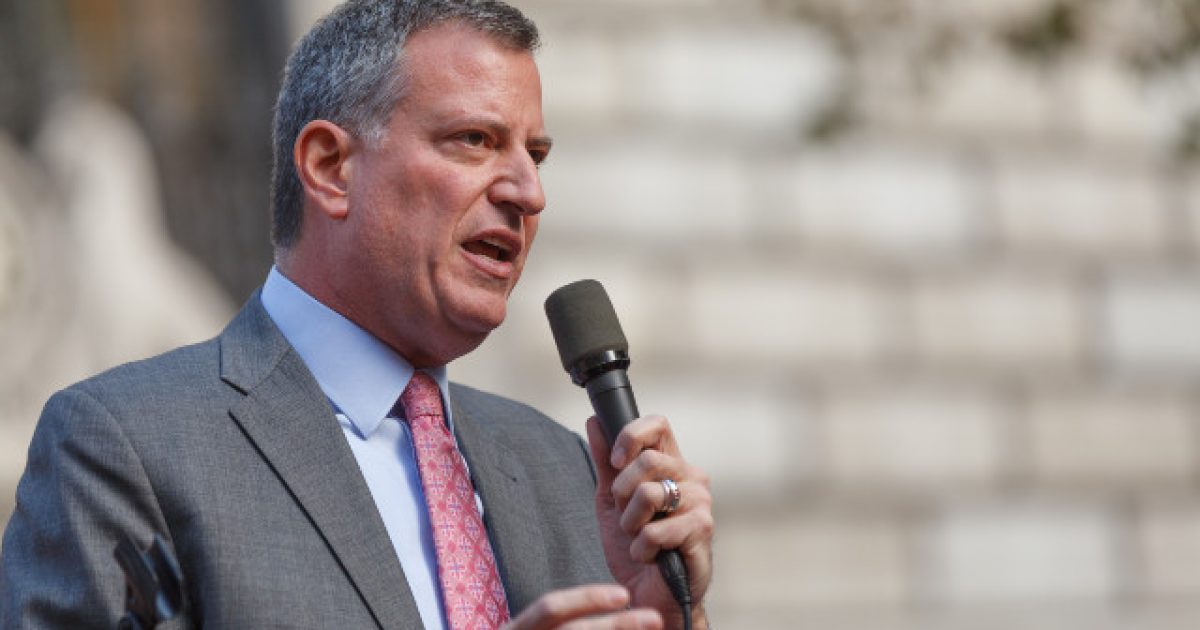 Protesters in New York City continue to camp out front of city hall, now demanding the city make a staggering $1 billion cut to the police force budget and reroute the funds to social programs.

It doesn’t take some sort of political genius to see why this is a horrible, horrible idea. The crime in NYC isn’t going to slow down to match with the police force in the city once these budget cuts take effect and there are less officers out on the streets to help keep people safe and the criminals at bay.

Things might seem bad already, but they could be a lot worse, and unfortunately, if the city government capitulates to the demands of these protesters, they’ll discover this first hand.

The group of about 100 protesters, calling themselves “Occupy City Hall,” gathered at a nearby park around 5 p.m. Tuesday and haven’t left. They have vowed to stay until their demand to slash one-sixth of the New York Police Department’s $6 billion budget is met.

The protesters say the money saved should be redistributed to social and community services as well as health care and education.

The city has until the end of the month to finalize the budget, which includes money set aside for the police department.

“Mayor (Bill) de Blasio has thus far rejected this demand, which is unconscionable,” VOCAL-NY, the group organizing the protest, said in a written statement. “We have questions about City Council promises to support our demands, because we have not seen their plan outside of a vague press release. We view this lack of transparency and specific public commitments as a red flag.”

One of the protesters, Charles Khan, said that he is “fighting for a drastic change to the way that this city says that it’s providing safety but hasn’t provided safety.”

He went on to say, “Strong communities make safe communities, and police don’t, and so that’s what we’re fight for.”

Notice the lack of explanation for what makes a strong community. These folks have all kinds of platitudes that sound good to the ear, but when it comes to actually coming up with practical solutions to the problems facing folks in their neighborhoods, they have nothing to offer.

Here’s to hoping the city government in New York stands strong and does the right thing.