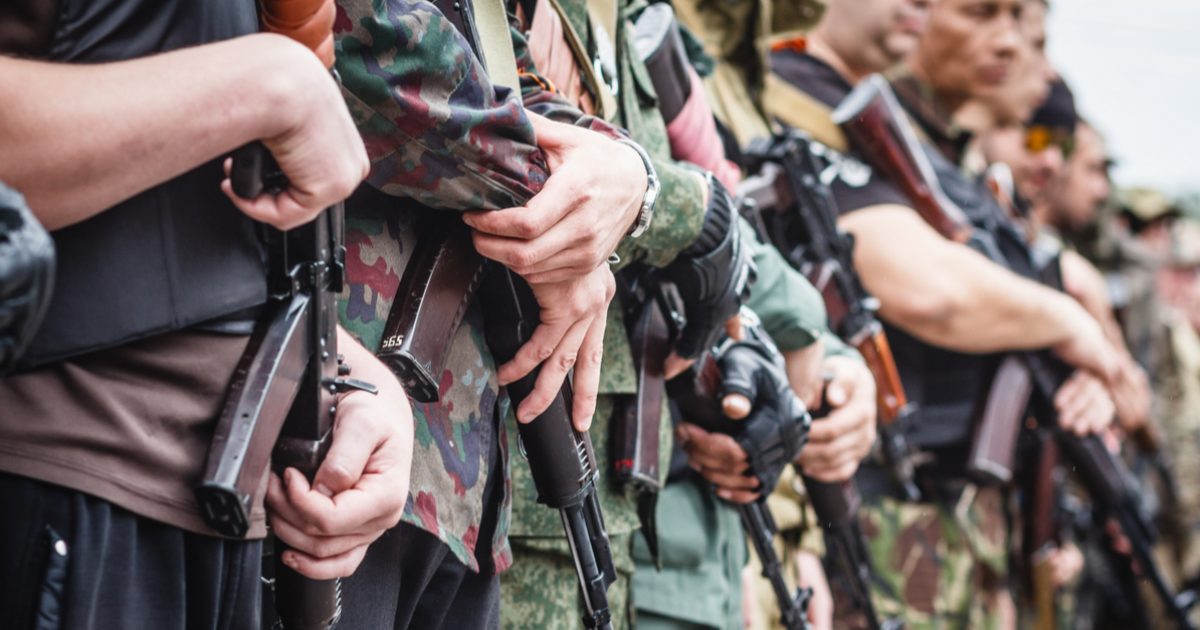 At the very end of the first term of Donald Trump’s presidency, we were as close to a civil war as this nation has come in over a dozen decades, and we may not fully appreciate that yet.  We are, perhaps, too close to the events themselves to fully understand just how narrowly we escaped a broader calamity, but we must try to remain vigilant still.

Especially if what one of the leaders of the Oath Keepers says is true.

The far-right paramilitary the Oath Keepers is home to active-duty law-enforcement officers who are training up other members to prepare for civil war, according to one of the group’s top figures. CBS News’ 60 Minutesprofiled the the increasingly notorious militia on Sunday night, and one of its leaders from Arizona, Jim Arroyo, spoke openly about the close involvement of police officers.

“Our guys are very experienced,” said Arroyo. “We have active-duty law enforcement in our organization that are helping to train us. We can blend in with our law enforcement and in fact, in a lot of cases, our training is much more advanced because of our military backgrounds.”

And the government seems to already be away of this.

Arroyo’s statement was backed up by Javed Ali, an ex-National Security Council senior director and FBI counterterrorism official, who said the Oath Keepers are a “unique and challenging” threat to the U.S. because a “large percentage have tactical training and operational experience in either the military or law enforcement. That at least gives them a capability that a lot of other people in this far-right space don’t have.”

Several members of the Oath Keepers were arrested during the January 6th Capitol riot, as they attempted to prevent the certification of the results of the 2020 election by Congress.