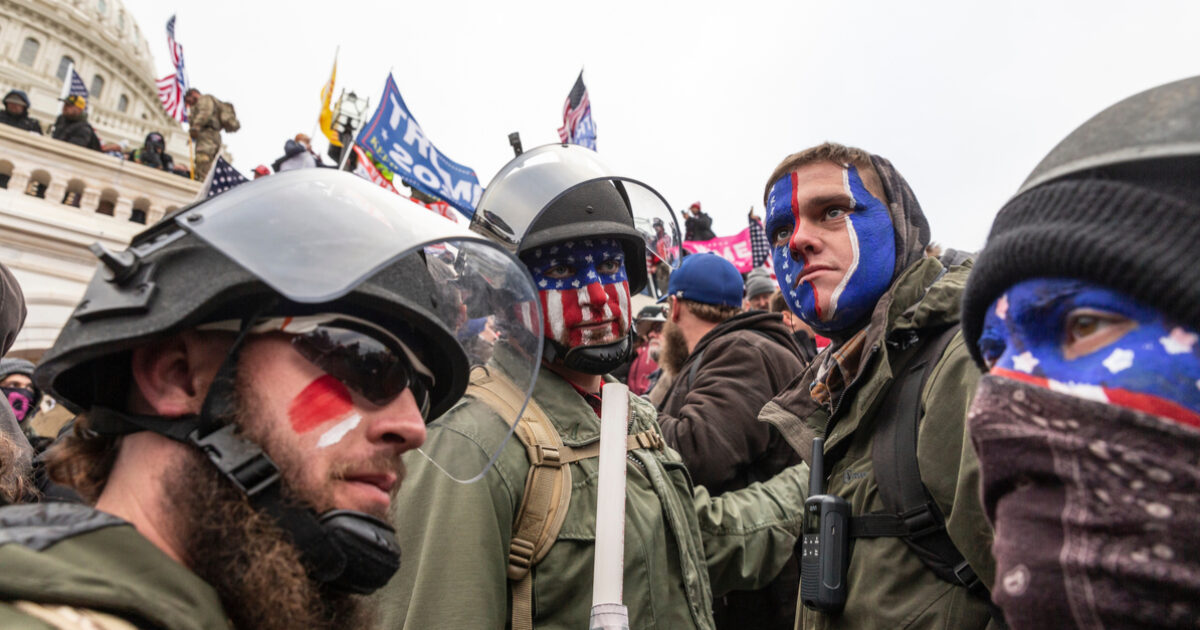 Federal authorities are still working diligently to understand precisely what happened at the US Capitol on January 6th, 2021, and the latest news out of the investigation could spell trouble for one of the nation’s largest right-wing organizations.

The FBI and other agencies have already arrested and charged over 440 people in the attempted insurrection at the Capitol, with hundreds more still awaiting identification.  In addition to the predictable charges of trespassing and assorted violence, there are now “conspiracy” charges in the mix, as authorities scour social media posts and content from a number of messaging apps that they believe show a premeditation to commit these acts.

This week, four more members of the Oath Keepers were charged.

A newly unsealed indictment on Sunday named additional members of the Oath Keepers, a far-right militia group that participated in the storming of the U.S. Capitol, as defendants for their role in the January 6th incident.

This superseding indictment, part of a larger federal government criminal conspiracy case, now includes a total of 16 Oath Keepers. The other 12 co-defendants have pleaded not guilty.

In one such message, members of the group indicated that they would be “awaiting [then President Donald Trump’s] orders”, and openly hoped that Trump would declare an “insurrection”.

Trump was acquitted of “inciting an insurrection” by the US Senate in the days preceding Joe Biden’s inauguration.