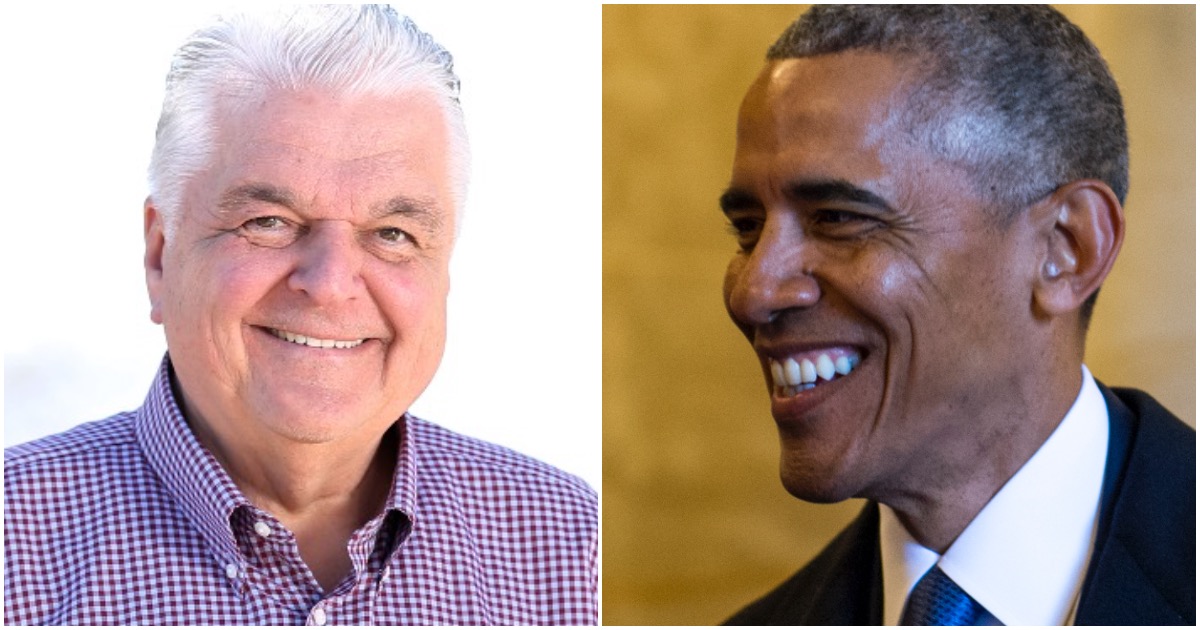 Steve Sisolak wants to become the next governor of Nevada.

He has the support of Barack Obama.

What is going unmentioned is that Sisolak allegedly beat his ex-wife.

Where’s the news coverage on this guy?

President Barack Obama campaigned Monday in Nevada with Democrat Steve Sisolak, who is running for governor, despite allegations that emerged last week that Sisolak had physically abused his former wife.

Democrat Jacky Rosen, who is running for U.S. Senate against incumbent Republican Dean Heller, was also at the rally with Obama in Las Vegas.

In September, Rosen tweeted, “Believe women” — a response to the uncorroborated allegations against Brett Kavanaugh as he endured a grueling confirmation battle for the U.S. Supreme Court.

Nevada Democrat Steve Sisolak has framed his gubernatorial campaign on an image of him raising his two daughters as a single father. But his ex-wife said that claim is “bull,” that he treated her like “a total prisoner,” and that an altercation with Sisolak in 2000 left her with a bruised neck.

Garland also detailed an August 2000 incident that she says left a bruise on her neck and ended with Sisolak threatening to call the police. TheDCNF obtained photographs of Garland’s bruised neck taken the day after the incident and spoke with three individuals who recalled seeing her bruised neck.

“He’s very vindictive, and very revengeful. And I don’t trust him. And I’m scared of him,” Garland said of her ex-husband, who is in a tight gubernatorial race with his opponent, Republican Adam Laxalt.

Why is it “believe all women” except when a Democrat is being accused?