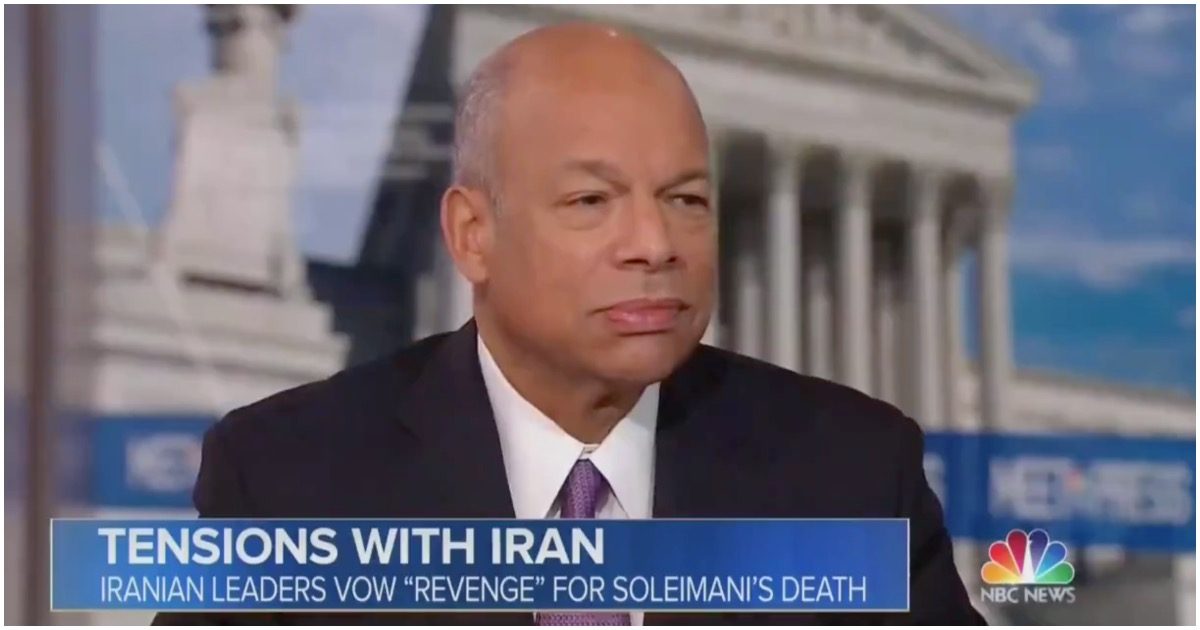 Democrats are bending over backward to make President Trump look like a goof for giving the order to take out the number one terrorist in the world. Think about that for a second. Dems are so afraid of retaliatory attacks that they’d rather see a monster walk the earth and continue to plan big attacks instead of doing what needs to be done. The thing about Trump, as a leader, is that he is not reactionary. He is proactive.

Obama’s DHS chief, Jeh Johnson, just blew up the liberal narrative with a single appearance on Chuck Todd’s NBC program, letting everyone know that 45 was well within his right as POTUS to take out Qasem Soleimani.

Johnson: Soleimani was a “lawful military objective” & the President had “ample domestic legal authority to take him out”

Johnson: Soleimani was a "lawful military objective" & the President had "ample domestic legal authority to take him out" pic.twitter.com/1LUqYAwm9j

And there you have it. Discussion over, right, libs??

Jeh went on Fox News last April to let Democrats in on a secret that Republicans have been shouting for quite some time.

Might liberals finally open their eyes? No chance, unfortunately.

Confirmed: Warren Will Not Commit to Killing Top Terrorists If She Becomes POTUS (Video)