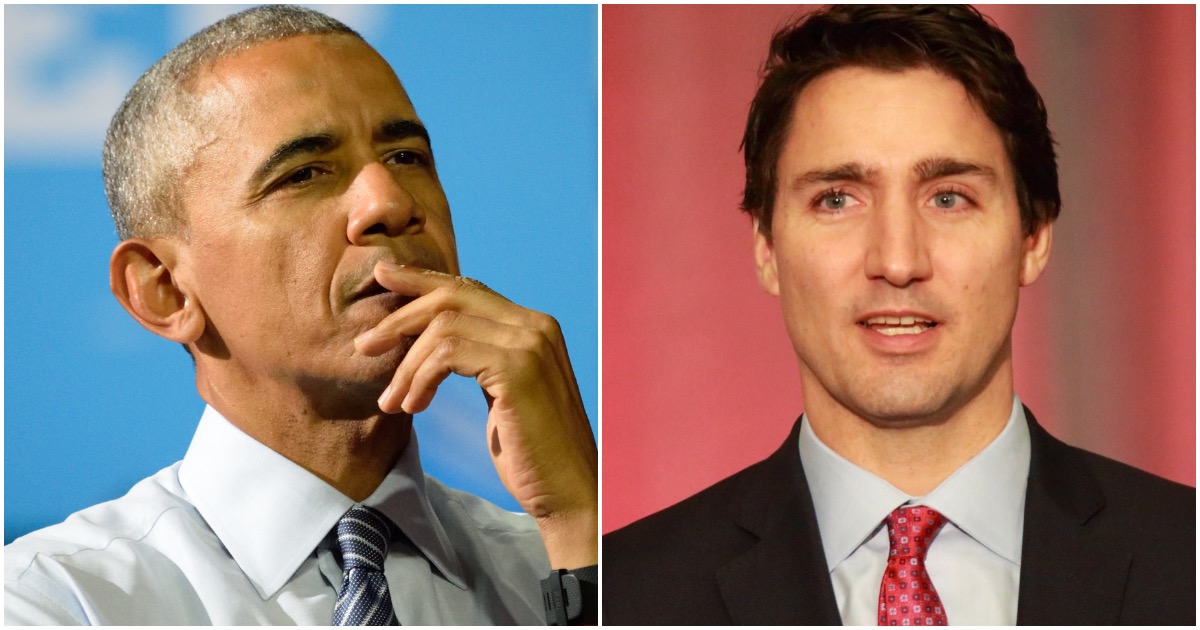 Barack Obama hasn’t said much about his former vice president, Joe Biden. Why is that? Is it because even Barack – of all people – knows that Joe has no shot at earning the Democrat nomination, so he’s going to play it safe until next summer?

We’ll have to wait ad see. But there’s something wrong here. Even though Canada’s prime minister general election is just around the corner, Obama has no problem supporting the far-left radical who often times dressed in blackface.

I thought lefties like Barack hated that kind of thing. Or is is cool that Trudeau gets a pass because he’s a progressive? So many rules! Check this out…

I was proud to work with Justin Trudeau as President. He’s a hard-working, effective leader who takes on big issues like climate change. The world needs his progressive leadership now, and I hope our neighbors to the north support him for another term.

I was proud to work with Justin Trudeau as President. He's a hard-working, effective leader who takes on big issues like climate change. The world needs his progressive leadership now, and I hope our neighbors to the north support him for another term.

The Canadian election is next Monday and so far, Trudeau’s Liberal Party, which holds a majority in Parliament now, is neck and neck with the Conservatives. If the Liberal Party doesn’t pull out a victory, Trudeau will lose his status as Prime Minister.

It’s not clear how this benefits Trudeau, since Obama’s word is largely a celebrity endorsement at this point, and it’s unknown how much cache Obama still has among Canadians. It may help Trudeau escape accusations that he’s insensitive to racial issues; late last month, photos surfaced of Trudeau dressed in black- and brown-face for parties that took place in the early 2000s. Trudeau apologized for the costumes, suggesting that he was young and did not know better, but had a hard time escaping the fact that black- and brown-face weren’t acceptable at any point in the twenty-first century.

NEW: Justin Trudeau Wore Brownface at 2001 ‘Arabian Nights’ Party While He Taught at a Private School

Beto Makes It Clear: As POTUS I Will Send Police to Homes to Confiscate Firearms (Video)

Report: Congressional Democrats Have Called for An Investigation Into the NRA [Details]