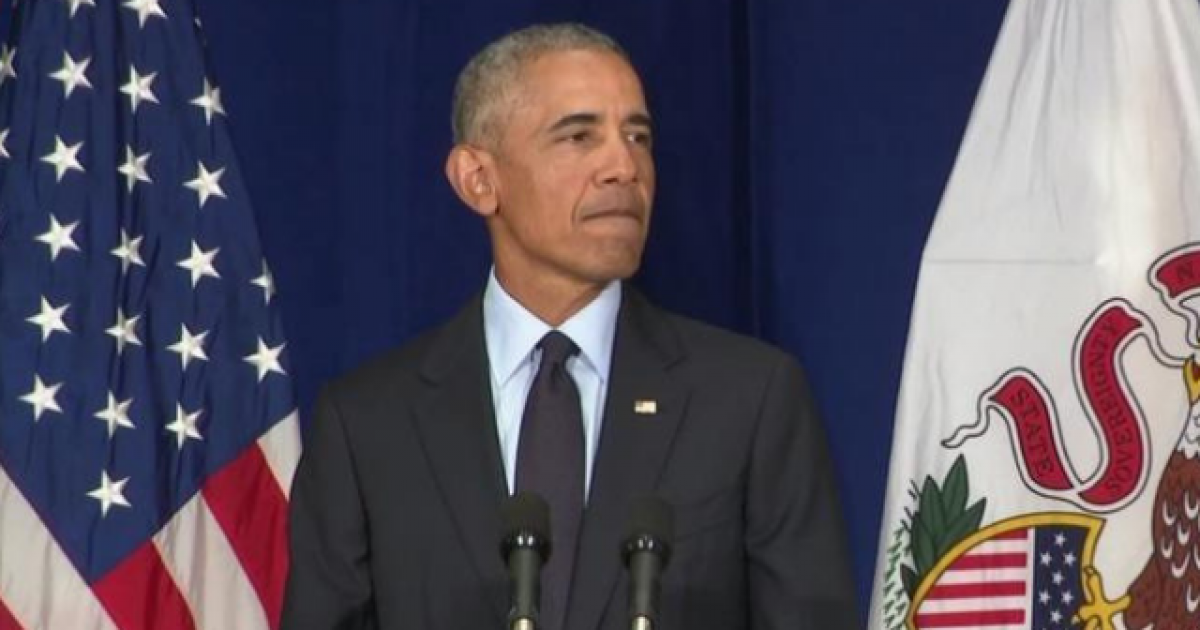 Obama, speaking to a…

Why does anyone care what Obama thinks right now?!

Former President Barak Obama clearly still seems to think he’s remotely relevant to the political arena and has broken with a long-standing tradition of staying the heck out of the way once an incoming President has been inaugurated.

Yet, here we are, and he’s talking, and yes, it’s stupid.

On Friday, as he received an award for ethics (bahahahahahaha), he joined the Democrats in a desperate plea to the country to please vote for them despite having little to offer other than #Impeach45.

He took what has become the prescribed hit at President Trump: he evoked Trump’s failure to condemn neo-Nazis soon enough following the Charlottesville attack last year.

“How hard can that be? Saying that Nazis are bad,” Obama continued.

President Obama: 'How hard can that be, saying that Nazis are bad?' pic.twitter.com/uXz5SmTFHj

The Ambassador to Germany politely reminded him of one very inconvenient fact: an actual Nazi lived quitely in New York through multiple presidencies including, of course, both of Obama’s terms. And it was Trump who finally deported him.

fact check: @realDonaldTrump kicked the Nazi out of NYC after 14 years and multiple Presidents allowed him to stay. https://t.co/miAIq0mko2

ABC News reported that Trump had given instructions to Grenell to make the Nazi in question, 95-year-old Jakiw Palij’s deportation a number one priory when he got to Berlin.

Oooooh that is awkward, Obama.

Even worse, however, was the Navy SEAL who killed Osama bin Laden, Robert J. O’Neill, who had a very simple suggestion: