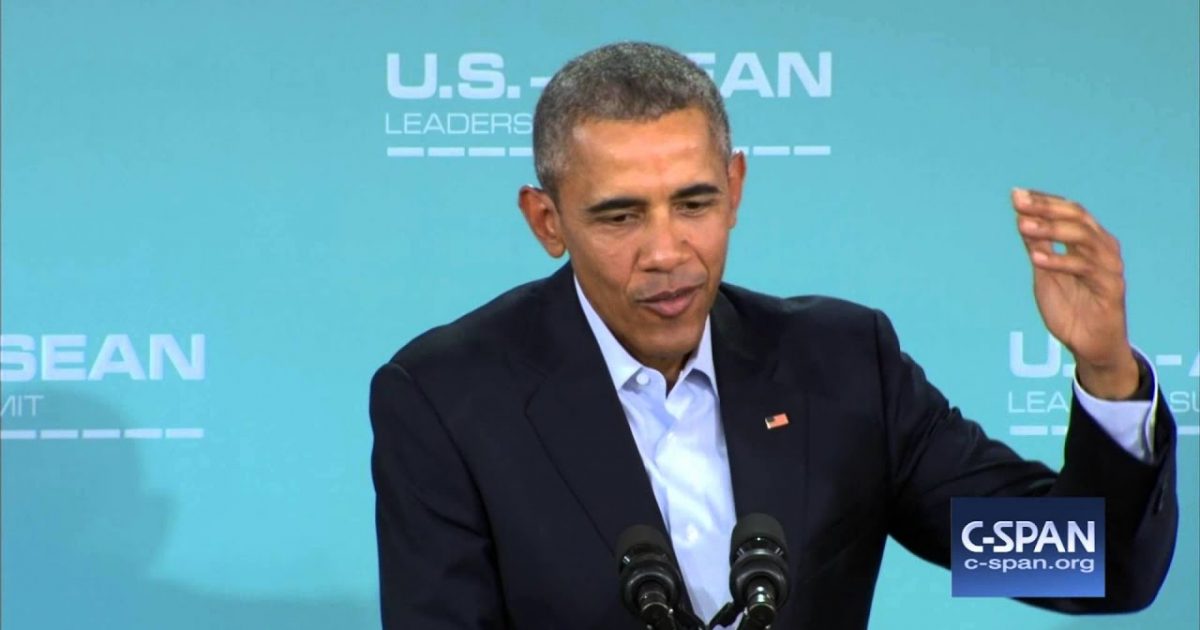 If you didn’t already think that former President Barack Obama was delusional and out of touch with reality, his latest comments concerning conservatives will definitely convince you otherwise.

Apparently, according to Obama, the reason he couldn’t connect with conservatives had nothing to do with his insane socialistic policies and the plot to lay the groundwork for the fundamental transformation of America, but it was because of Fox News and radio host Rush Limbaugh.

“I ended up getting enormous support in these pretty conservative, rural, largely white communities when I was a senator, and that success was repeated when I ran for president in the first race in Iowa,” Obama said during a virtual gala for the nonprofit organization PEN America, Tuesday night. “By my second year in office, I’m not sure if I could make that same connection, because now those same people are filtering me through Fox News and Rush Limbaugh and an entire right-wing or conservative media infrastructure that was characterizing me in a way that suggested I looked down on those folks or had nothing in common with them.”

Obama continued: “Part of what changed is that, back then, if I went into a small town in southern Illinois, I could probably visit the local editor of the newspaper, who might be a conservative guy with a bow tie and a crew cut, probably doesn’t have much use for Democrats, generally, but was somebody who adhered to journalistic norms, was curious, was interested, believed in facts. I could sit down with that guy, and he might write an editorial saying, he’s a young liberal kid from Chicago, but seems sensible, had some good ideas. And so, that’s how people were receiving me — with a different set of assumptions than they would today. It’s yet one more example of how the connections that I may see, because I experienced them in my own life, may get harder to make if we’re only understanding people through our phones and our screens, and we’re not having the face-to-face conversations where, by virtue of that conversation and experience, we can recognize ourselves in each other.”

Obama was participating in the gala to accept the PEN America Voice of Influence Award for the “the power of his soaring words, the promises he has unlocked in our nation, and the enduring American values that he has embodied.”

Obama made an appearance on the radio show, The Breakfast Club, where he said,

“What’s always interesting to me is the degree to which you’ve seen created in Republican politics the sense that white males are victims. They are the ones who are under attack, which obviously doesn’t jive with both history and data and economics. But that’s a sincere belief that’s been internalized. That’s a story that’s being told. And how you unwind that is going to be not something that is done right away. It’s going to take some time. And the story that they’re hearing from Fox News and Rush Limbaugh and, in some cases, inside their churches, is that Democrats don’t believe in Christmas, only care about minorities and black folks, and are trying to take your stuff and trying to take your guns away.”

This man is only interested in doing the bidding of progressive overlords like George Soros, who wants Obama and many other high-ranking members of the Democratic Party to sow as much racial division and discord as possible among the American people.

Obama never had a connection with conservatives. His policies are far too left-leaning and include way too much government intervention for anyone who calls themselves a conservative to ever support him. He’s just looking for a big, bad boogeyman to blame for why Republicans weren’t members of his fan club.

And, true to character, he refuses to acknowledge the truth of why so many didn’t like him. The lack of personal responsibility in this man is alarming.

Biden Orders Release Of All Illegal Aliens In Custody – Upwards Of More Than 14,000
January 24th, 2021 Sons of Liberty Media