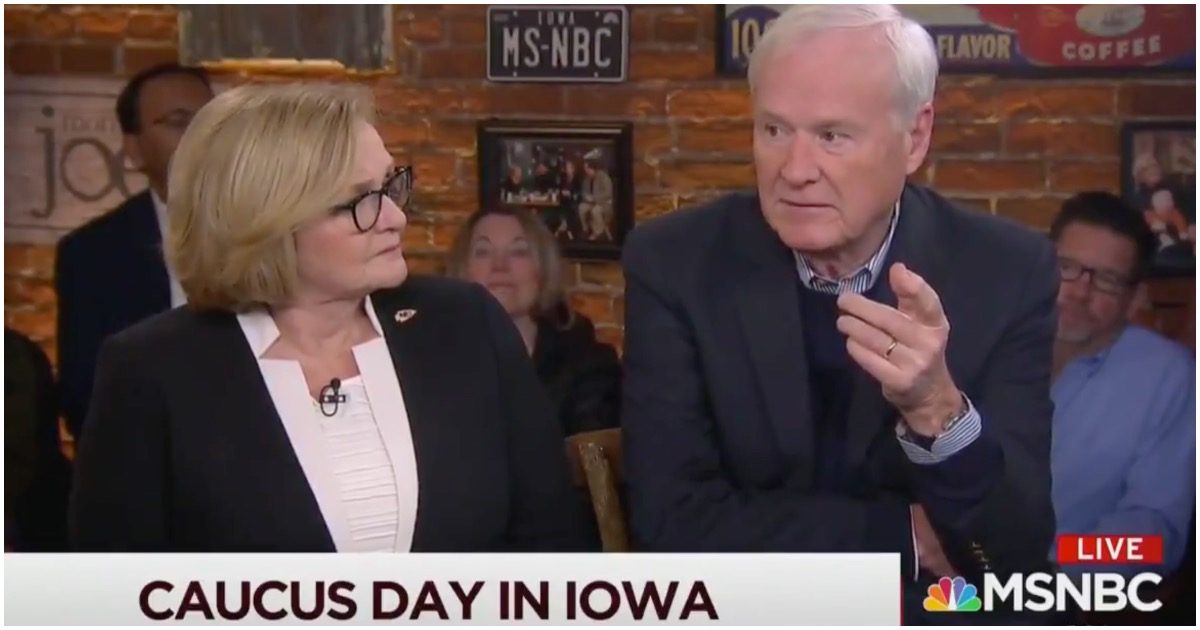 Democrat voters probably knew for a long while that their 2020 presidential field was going to be pretty weak. Only now though, are some willing to admit it.

MSNBC’s Chris Matthews appeared on “Morning Joe” to explain to the other liberal hosts and guests that not one presidential hopeful has a chance against Donald Trump in November. It’s nice to see some honesty from the liberal press for a change.

You just know that Biden, Bernie, Warren, and whoever else is still left in the race has to be thinking the same thing as Matthews. The candidates pushed too far left and don’t have the kind of support they assumed they’d have.