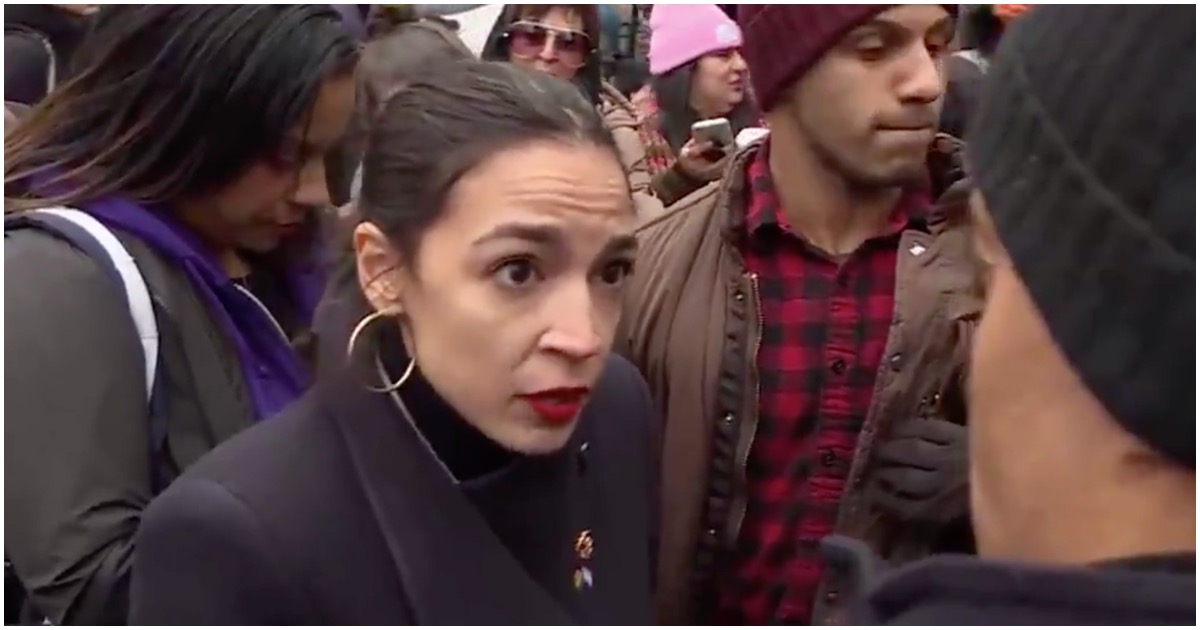 The Democrat Party has a huge problem with anti-Semitism.

People who are honest with themselves will come to that conclusion.

But they are hardly the only ones.

Anti-Semitism within the Women’s March is so blatant that the DNC and far-left Emily’s List cut ties with the organization last week.

Ocasio-Cortez wouldn’t answer when asked the question: “Why are you standing with people who openly support Hamas, a terrorist organization that kills Jewish people?”

AOC then very ignorantly blamed the Trump administration for being anti-Semitic.

WATCH: Rep. Alexandria Ocasio-Cortez addresses question about those with concerns about anti-Semitism within the Women's March groups. https://t.co/qxhHH5CLXR pic.twitter.com/0B90LAZ186

Women’s Marches were canceled all over the country, including Chicago and California.

As far as the Golden State is concerned, the march was canned because too many white people signed up.

For real. No joke. See below.

So then how does the national co-director of Code Pink say Sarsour is the greatest ally to the Jewish people with a straight face?

Ingraham: “You say that Linda Sarsour is an ally of the Jewish people, then why would Jewish Americans like Jonathan Greenblatt— he is the head of the Anti-Defamation League— have a real problem with her statements?”

Gold responded by calling it “disgraceful” that Greenblatt is “spending his time going after people who are our real allies. After the attack on Jewish cemeteries, Linda Sarsour raised over $100,000 after the Pittsburgh massacre, she raised over $200,000.”

Gold: “We have no greater ally in the Jewish community in this time where anti-Semitism is dangerously on the rise than Linda Sarsour.”

WATCH: Reporters Disrespect America, Do the Unthinkable During National Anthem

ATTENTION DEMS: 700 Lbs of Cocaine Smuggled Into U.S. In Area With No Barrier