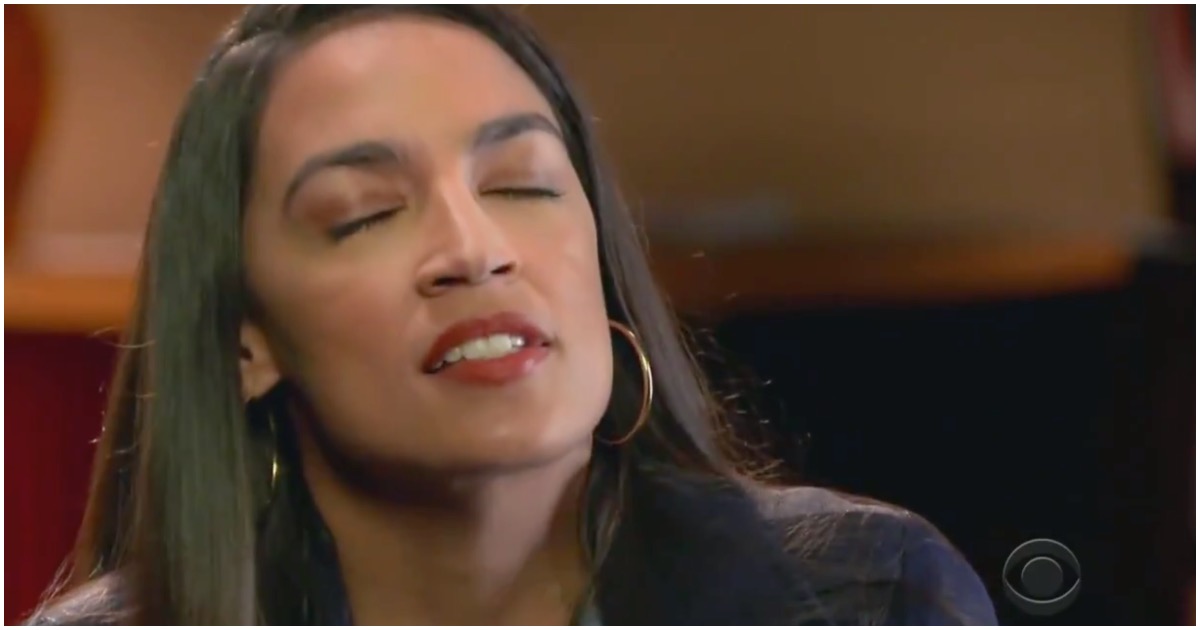 A Gallup poll recently confirmed that most Democrats prefer socialism to capitalism.

Not only is that bad news for America, but it speaks volumes about sheer ignorance.

In other words, she’s a flat-out socialist. Let’s cut the BS and call a spade a spade.

During her “60 Minutes” interview with Anderson Cooper, AOC was asked how she intends to pay for the $40 trillion in proposed big government programs of which she speaks about so highly.

She had no answer.

This marks the second time that Ocasio-Cortez was unable to explain how she would pay for the programs that she wants the government to pay for, with the other instance occurring during an interview with CNN’s Jake Tapper.

Cooper: “How are you going to pay for all of this?”

Cooper: “There are Democrats, obviously, who are worried about your affect on the party. Democratic Senator Chris Coons, said about left-leaning Democrats, “If the next two years is just a race to offer increasingly unrealistic proposals, it’ll be difficult for us to make a credible case we should be allowed to govern again.”

AOC: “What makes it unrealistic?”

Cooper “How to pay for it.”

AOC: “We pay more per capita in health care and education for lower outcomes than many other nations. And so for me, what’s unrealistic is– is what we’re living in right now.”

Anderson Cooper asks socialist Alexandria Ocasio-Cortez how she plans to pay for the $40 trillion in big government programs she supports.

She could not answer the question. pic.twitter.com/dCpbO5ECmp

Ocasio-Cortez thinks she gets picked on by conservatives because she’s young and female.

In other words, she feels that Republicans are misogynists.

Not the most original, is she?

Double standards are Paul Ryan being elected at 28 and immediately being given the benefit of his ill-considered policies considered genius; and me winning a primary at 28 to immediately be treated with suspicion & scrutinized, down to my clothing, of being a fraud. https://t.co/KipcyHaaAb

Alexandria, could it be that you’re constantly called out because you say incredibly silly things?

For example, at a press conference for the far-left Sunshine Movement, Ocasio-Cortez compared her midterm election victory to the Civil Rights Movement.

‘I Reject Your Facts!’ Pelosi Comes Unglued Over the Wall, Refuses to Accept Truth