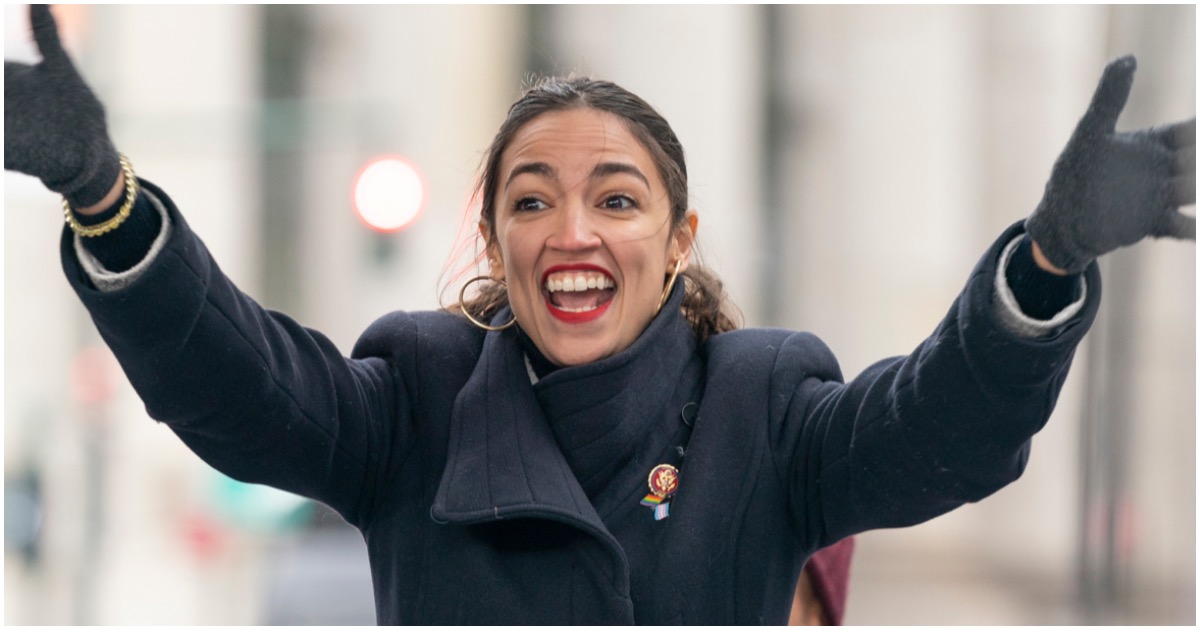 The State of the Union won’t be happening anytime soon.

They asked if she’d shake the president’s hand.

Her response says a lot.

Reporter: “Will we be seeing you in the front row extending your hand?”

AOC: “You know, probably not my hand, but I’ll be there and present to see, and, and listen to what is going on.”

Not your hand? What else would she extend?

Welcome to politics in the Trump era.

Ocasio-Cortez is everything that’s wrong with America. She knows little of which she speaks.

AOC can do it with the best of them. Shame.

POTUS was recently asked about Ocasio-Cortez. His response was perfect.

He only needed two words.

Speaker Nancy Pelosi (D-CA) told Trump he had to delay the State of the Union address during the partial government shutdown.

He said he was going through with it as planned on January 29.

He planned to forge ahead.

President Trump announces that there will be an “alternative” event after Speaker Pelosi blocked his State of the Union address pic.twitter.com/0H57cWgS6J

Trump has decided to officially postpone.

President Donald Trump announced on Wednesday night that he had changed his mind about having an “alternative” event instead of the State of the Union address, saying he will wait till the shutdown is over.

As the Shutdown was going on, Nancy Pelosi asked me to give the State of the Union Address. I agreed. She then changed her mind because of the Shutdown, suggesting a later date. This is her prerogative – I will do the Address when the Shutdown is over. I am not looking for an….

….alternative venue for the SOTU Address because there is no venue that can compete with the history, tradition and importance of the House Chamber. I look forward to giving a “great” State of the Union Address in the near future!

Did Trump cave or was this the right move?

Of course, giving the address from the House chamber is what needs to happen.

But given this shutdown may last for a good long while, can Pelosi say she got one over on the president?