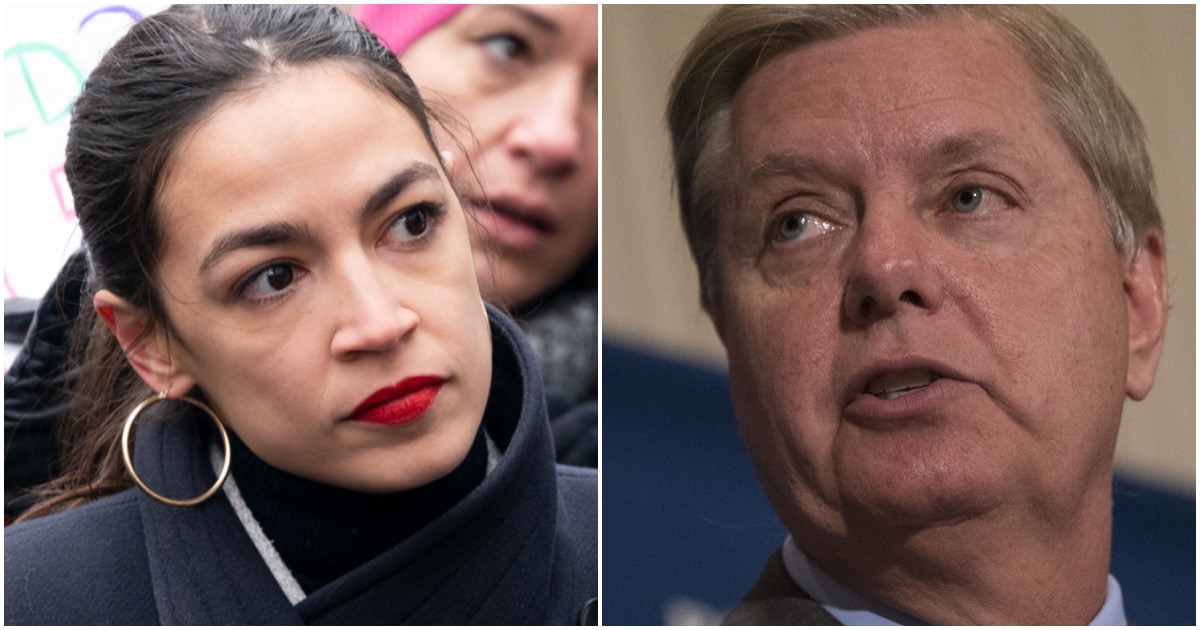 The pair got into a back-and-forth about the government shutdown, the State of the Union and some of the Democratic socialist ideas that Ocasio-Cortez has proposed.

The quarrel started after Graham issued a statement, saying that House Speaker Nancy Pelosi’s decision to uninvite President Donald Trump from giving his State of the Union address was a “new low for American politics.”

Enter Graham, who won’t take BS from AOC sitting down:

During a recent event, AOC said the world will end in 12 years if drastic action isn’t taken on climate change.

Ocasio-Cortez believes Trump is a racist.