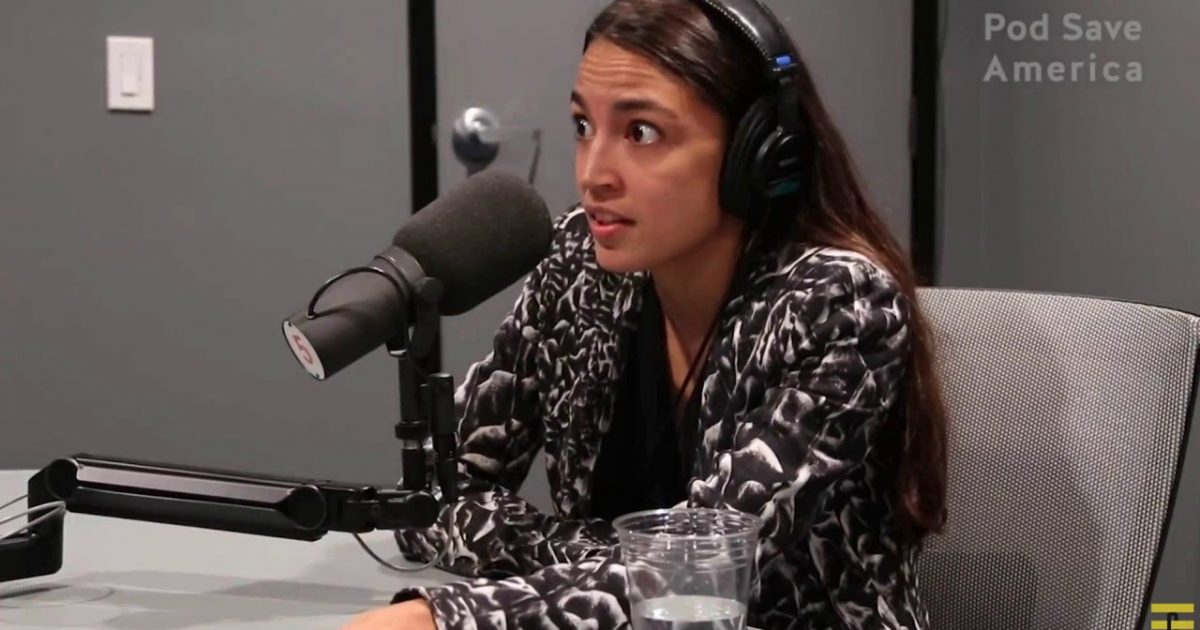 With the class of the 2018 midterms set to descend upon Capitol Hill in earnest in the coming weeks, there are a few notable new faces set to grace the Beltway.

Of course, one of the most prominent of the new wave of congresswomen is Alexandria Ocasio Cortez – a young democratic socialist from New York City, who has been a controversial figure like no other during the midterm elections.

Now that Cortez has finally made it to Washington, (after a silly mishap with finding an apartment to rent in DC), it seems as though her reputation for combative absurdity has come along for the ride.

Democratic Socialist Alexandria Ocasio-Cortez was reportedly involved in a “closed-door fight” on Thursday with Rep. Frank Pallone (D-NJ), a top Democratic official, demanding that the party move even further left on climate change and create a special panel for the issue.

“New Jersey Rep. Frank Pallone, incoming chairman of the powerful Energy and Commerce Committee — backed by a number of other committee members — slammed the creation of the new climate panel,” Politico reported. “Pallone argued that his committee and other existing panels within the House could take on the issue aggressively.”

Cortez has long been a stanch believer in man made climate change, using her Twitter soapbox to make alarming suggestions that we could have less than a decade until “cataclysm” occurs.

When pressed on the subject, Cortez has learned a thing or two from her fellow democrats, and is simply denying that the fight occurred at all.

Regarding the fight that broke out, a spokesperson for Ocasio-Cortez told Politico, “We’re not going to comment on the internal discussions of a meeting.”

Immediately following the statement from her spokesperson, Ocasio-Cortez tweeted: “This is completely false – I never even have a direct interaction with him today. When did Politico turn into TMZ?”

Cortez was famous on the campaign trail for her off-the-rails rhetoric and bizarre insinuations…many of which lead to moments of sheer bewilderment for political observers.