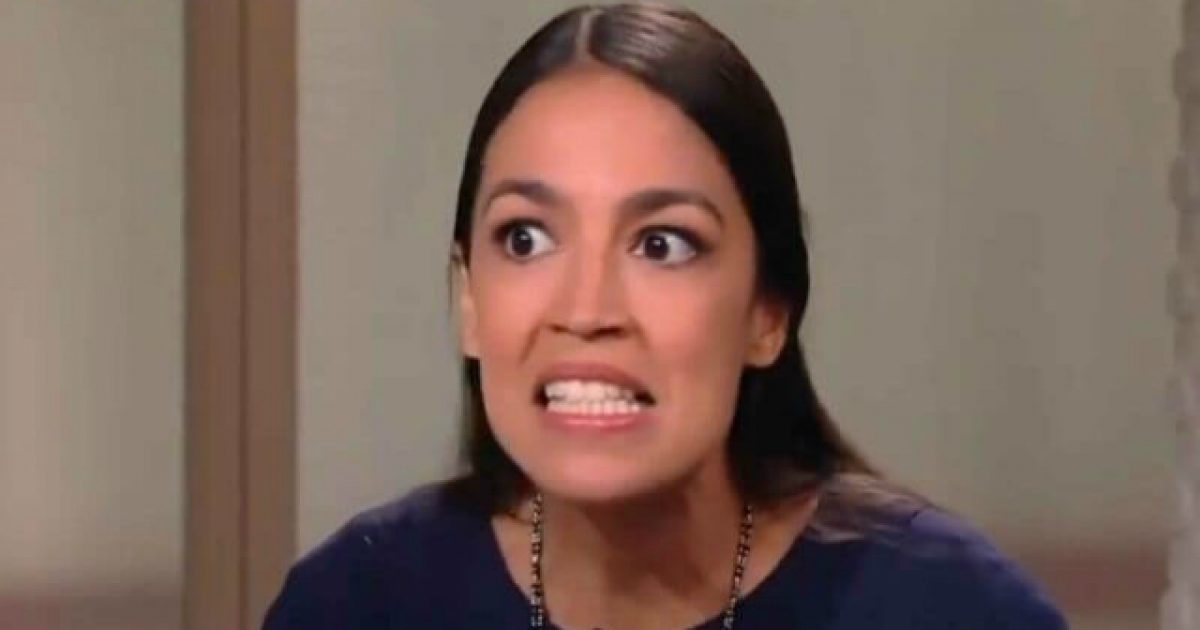 Well known Democratic Socialist Rep. Alexandria Ocasio-Cortez hasn’t made headlines in quite some time, so it seems she felt a bit lonely not being in the spotlight.

Not to worry though, because the freshman congresswoman decided to unleash more of her infamous nonsense on the world by stating President Trump is “afraid of strong women” and claiming she’s not actually a socialist.

The interview took place on Sunday in Las Vegas, Nevada, and was conducted entirely in Spanish. Noticias Telemundo provided The Daily Wire a copy of the English version of the transcript.

“One of the most controversial people with whom you have had exchanges is the president, Donald Trump,” Noticias Telemundo’s Correspondent Guadalupe Venegas said to Ocasio-Cortez. “He called you a whack-job on social media. He called you crazy, right?”

“What do you think about the president?” Venegas asked.

“I think that if the president is calling me crazy, that’s good,” Ocasio-Cortez continued. “It’d be a problem if he said he agreed with me, because he has a lot of issues. He’s a racist and he’s anti-immigrants, but more than that, his administration is very corrupt. I think he has a track record of… I think he’s afraid of women, of strong women, of Latina women.”

Venegas went on to ask, “For example, people coming from countries that have leftist governments like Venezuela, Nicaragua or Bolivia and who are here today. What would you tell them when they call you a socialist?”

“When the president or people call me that, I always say, ‘Look at our policies, what we’re proposing.’ We’re not advocating total control of the economy,” Ocasio-Cortez said. “We’re talking about humane economic rights. We’re talking about education, healthcare, and fair wages. Here in the US, those values are called socialist values, but to me that says a lot about where we are in the US. Basic human rights are considered socialist. But what we see in this country is very different from what we see in others.”

Many different publications have referred to Ocasio-Cortez as a socialist and even a cursory glance at her policy platform reveals that socialistic principles undergird every single position she and others like her hold to.

Then, of course, there’s her support of Sen. Bernie Sanders, an avowed socialist, for the president of the United States. That speaks volumes in and of itself.