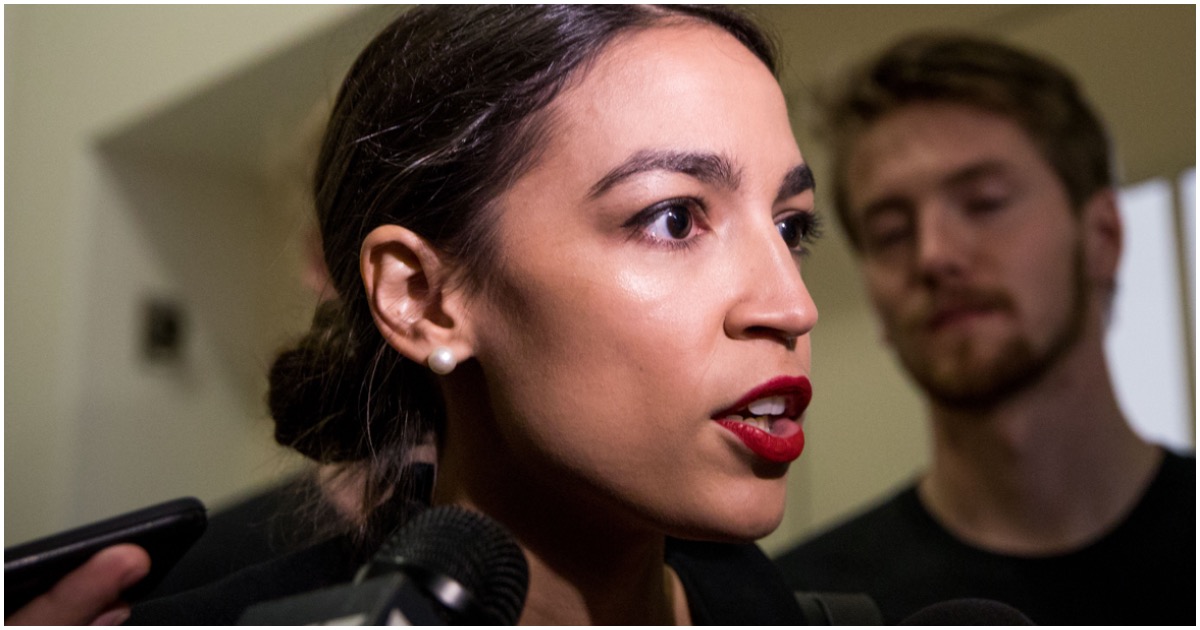 Alexandria Ocasio-Cortez was caught during her race changing her official biography on her website.

Ultimately, it would appear AOC wasn’t raised exactly the way she makes it seem.

And then things started popping…

The average household wealth of the town in which you grew up is $1.2 million. https://t.co/4sLCLWfnCb

Yep. As everyone knows, I grew up between two worlds + experienced 1st hand how a child’s zip code can shape their destiny.

It was scrubbing those households’ toilets w/ my mother that I saw and breathed income inequality.

I decided to make a difference.
You decide to do this. https://t.co/kMtbGQo8o8

You didn’t grow up b/w 2 worlds. You grew up in Westchester then lied abt it then changed your bio when the lie was exposed. I grew up in the (⬇️affluent ⬆️diverse) neighboring town, spent many wknds in the Bronx. The difference: I don’t lie abt my upbringing to feign victimhood. https://t.co/uitqPocXU8

Right, but @Ocasio2018 didn’t grow up in a city. She grew up in a small, homogenous, affluent suburb, where she attended excellent schools before pretending she grew up in the Bronx. https://t.co/rLaUCLp3R8

In which a Republican literally tries to mansplaining *my own childhood* and life to me.

And in true mansplaining form, he’s doing it wrong with an great degree of confidence.

It begs the question: is the GOP really “sending us their best?” ???? https://t.co/GNr9NACGoC

[email protected] every word he wrote is accurate.

You grew up in an affluent Westchester suburb, not the Bronx. You flat out lied.

I spent more time on the streets of the south Bronx than you, so please slow your roll Congresswoman. https://t.co/6zmnmVm2RE

Ocasio-Cortez needs to rest before getting to work as a member of Congress. Those are her words.

She’s beat and wants to chill.

On one hand, sure, running for office for a year can’t be easy. On the other hand, is this the best message to send to constituents?

I’m taking a few days to take care of myself before what is sure to be an eventful term.

For working people, immigrants, & the poor, self-care is political – not because we want it to be, but bc of the inevitable shaming of someone doing a face mask while financially stressed./1 https://t.co/EWdWFmPwet

So I’ve decided to take others along with me on IG as I learn what self-care even means and why it’s important.

Enter AOC, who claims “Republican commentators” are “stalking” her and “doctoring” her live streams.