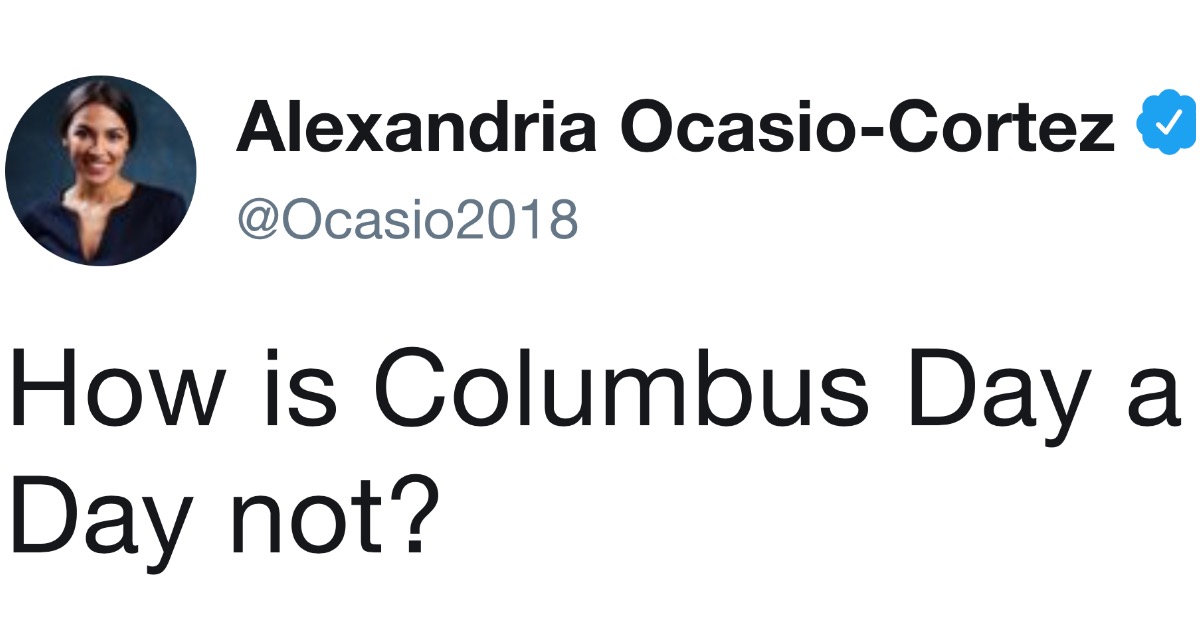 New York Congresswoman-elect Alexandria Ocasio-Cortez has a question about election day and Columbus Day she can’t seem to figure out on her own.

Get Ready: Trump Preparing to Oust ‘3 or 4 or 5’ Cabinet Members (Details)