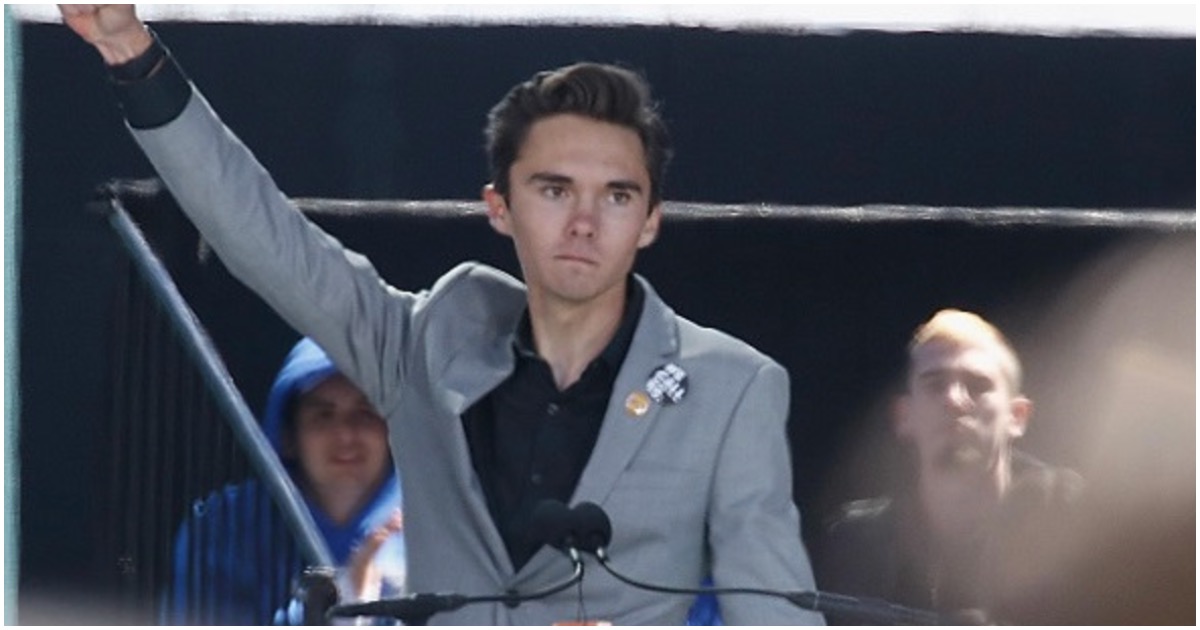 When a kid is rejected from multiple universities out of high school it’s sad, but it also signifies that grades weren’t good enough for entry.

So then, how does anti-Trump, anti-gun, Parkland shooting survivor David Hogg get rejected from multiple schools and somehow make his way into HARVARD!?

Lest we forget Hogg has been a bully to right-wingers for a while now.

Thank you all for the well wishes, I’ll be attending Harvard in the fall with a planned major in Political Science.

Hogg got a 1270 on his SAT. The bottom 25% at Harvard have an average of 1460. Really shows how the admissions decisions are subjective.

Interesting to consider this in context of lawsuit against Harvard for discriminating against Asian students with higher scores. https://t.co/i7ZAIbbwMC

Let’s be blunt: David Hogg is being rewarding for being an asshole on Twitter. OK, let’s be kind: for being Twitter famous.

By giving him this award, Harvard is participating in encouraging people to engage in behavior that is objectively bad.

I’m all for college admissions being more than about test scores & GPA, but here’s the thing the media will never say about David Hogg/Harvard:

If he had used his celebrity/platform to promote a pro-2nd Amendment position, there’s literally ZERO chance he gets in. ZERO #LibBias https://t.co/FHB1Id2fv6

David Hogg is everything the left normally hates (white, male, rich) but has the right opinions.

That’s how much Dick’s Sporting Goods is being sued for breach of contract.

It all stems from the Parkland, Florida high school shooting when Dick’s decided to stop selling guns to people under the age of 21, virtually stripping them of their 2A rights.

At the root of the filing is what BBM says was the failure by Dick’s to hold up their end of a contract for the ammo distributor to supply the retailer with Field & Stream-branded ammo for resale in their stores. The delay by the big box sporting goods outlet, argues the filing, resulted in BBM losing out on a multi-million dollar contract to supply helicopters to an overseas U.S. ally.

The 11-page lawsuit filed Tuesday in a Pennsylvania federal court details that the two companies entered into an agreement in January 2016 to supply ammo packaged with Dick’s trademarked Field & Stream packaging. Acting on the contract, BBM paid two ammo manufacturers — Bosnian-based Igman and Hungarian-based RUAG — a total of $4.5 million for the product and made the munitions available to Dick’s by November of the same year, a delivery timeline stipulated by the contract. However, BBM says Dick’s then left them holding the bag for almost a year, refusing to pay them or take delivery of the ammo.

The house-branded ammo, which could not be repacked and sold to another retailer due to the Field & Stream headstamp on the cartridges, was eventually accepted by Dick’s but the intervening storage, at BBM’s expense, cost the ammo distributor $200,000. Further, since BBM’s cash was tied up in the stalled deal, they could not fill a contract with Lebanon for a batch of Bell helicopters, losing out on an additional $5 million, which they are seeking to recoup from Dick’s.

Lobbying against gun ownership was not a great move for Dick’s.

The Chairman & CEO of the company, Edward W. Stack, noted in a press release on February 28, 2018: “Following all of the rules and laws, we sold a shotgun to the Parkland shooter in November of 2017. It was not the gun, nor type of gun, he used in the shooting. But it could have been.”

“Clearly this indicates on so many levels that the systems in place are not effective to protect our kids and our citizens.”

“We believe it’s time to do something about it.“

WATCH: Sarah Sanders Annihilates Senate Democrats Like She Gets Paid To Do It