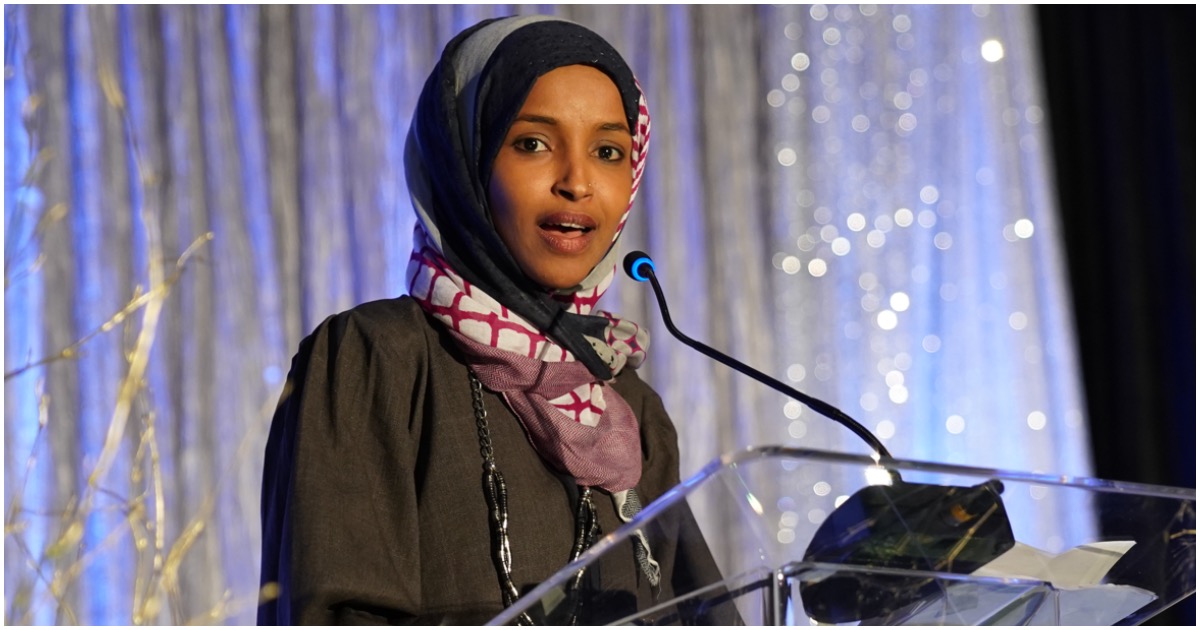 Congresswoman Ilhan Omar (D-MN) is being supported by members of her party in the aftermath of much-publicized anti-Semitic slurs.

That, single-handedly, might be what is allowing her to continue to push onward – along with the mainstream media refusing to push back.

It would make sense for Omar to disassociate herself with all things anti-Jew. But, nope.

Ilhan will be speaking at a conference with a man who called for murdering Jews.

You read that last sentence correctly.

Despite battling accusations of anti-Semitism, Rep. Ilhan Omar (D-Minn) is due to speak this month at a fundraising event alongside a senior charity official who has published social-media posts praising the killing of Jews.

Islamic Relief USA is hosting a fundraising dinner for aid to Yemen on Feb. 23. Omar is due to speak alongside senior Islamic Relief USA official Yousef Abdallah, who was widely criticized in 2017 after the Middle East Forum found that he had expressed violently anti-Semitic ideas on his social-media accounts.

Abdallah, who serves as Islamic Relief USA’s “operations manager,” shared a “very beautiful” modernized version of a Palestinian folk story about a resistance hero named Zharif al-Tawl, who took revenge against Jewish “gangs” that had purportedly attacked a Palestinian village by providing guns to “kill more than 20 jews” and “fire rockets at Tel Aviv.”

Other posts referred to Jews as “stinking,” and claimed that “the Jews put the outside wall of Al Aqsa [the mosque in Jerusalem] on fire.”

Vice President Mike Pence decided to make it known that he’s ticked off with Omar and her anti-Semitic tweets.

More on Omar, who said that refugees who come to America are “detained and tortured.”

Rep. Ilhan Omar (D., Minn.) claimed during a rally on Thursday that refugees who come to the United States are “detained and tortured.”

Omar told the crowd of activists, joined in their goal of defunding Immigration and Customs Enforcement, about the story of how her family risked their lives to flee Somalia into Kenya, before eventually coming to the United States. She said that because of her experience, she will “cry” every time she sees a picture of a little girl “standing in the desert waiting to get processed in the country.”

Omar: “The difference between what is happening to some of those little girls and me is that I didn’t have a cage waiting for me. I had an open-armed people with moral clarity, awaiting us and saying ‘you’ve been through a lot, here’s your new home, you’re our new neighbor, you need water and you need food.’”

Thank you @repilhan for your support and for asking for this to be looked at. Proud to be called your constituent. No one deserves to be excluded because of who they are. @usapowerlifting , their policy, and how I’m being treated. IS NOT OKAY. The time for trans inclusion is NOW. #IStandWithTransLifters #HereOnPurpose #transathlete #transisbeautiful #usapl #usaplmn #lgbt #transgender #powerlifting #girlslikeus #fatventurers #powerliftingwomen #athlete #strengthsports #queersports #ngwsd

Ilhan has many lessons to learn.

However, if the MSM keeps covering for her she’ll never have the chance to educate herself about her reckless anti-Semitic ways.