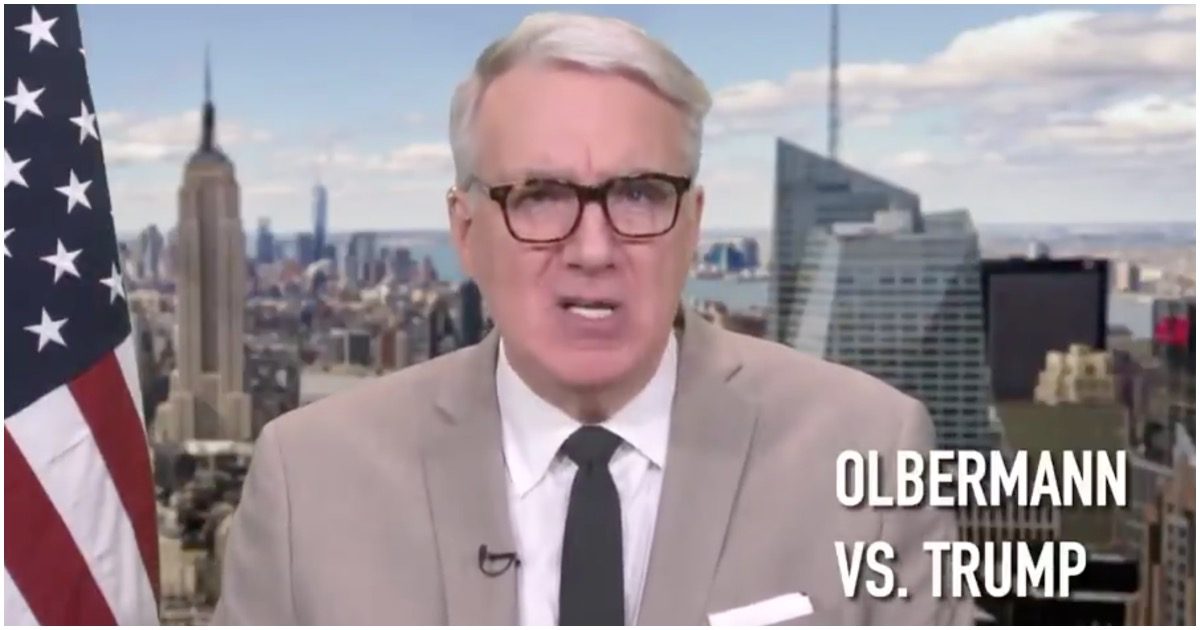 If you don’t agree with us, you should be ostracized or even imprisoned. That’s how the left thinks. That’s how crazy they have become.

The left is clearly comprised of communists and socialists and they’re not even afraid to hide it anymore.

Keith Olbermann is one of the worst they have to offer.

In short, Olbermann is a goon. To him, the only opinion that matters is the left’s.

Who employs this guy, these days?

While the left blames Trump for some yahoos wanting to kidnap the governor of Michigan, here’s a prominent left wing media personality openly calling for Amy Coney Barrett to be “removed from society.”

Olbermann announced on Twitter that he will be offering political commentary on a new YouTube show, “The Worst Person in the World,” that begins on Wednesday.

Keith has a small professional announcement to make ;-)🤔 https://t.co/f4srh2uMem

Well, he got the title of his show correct.