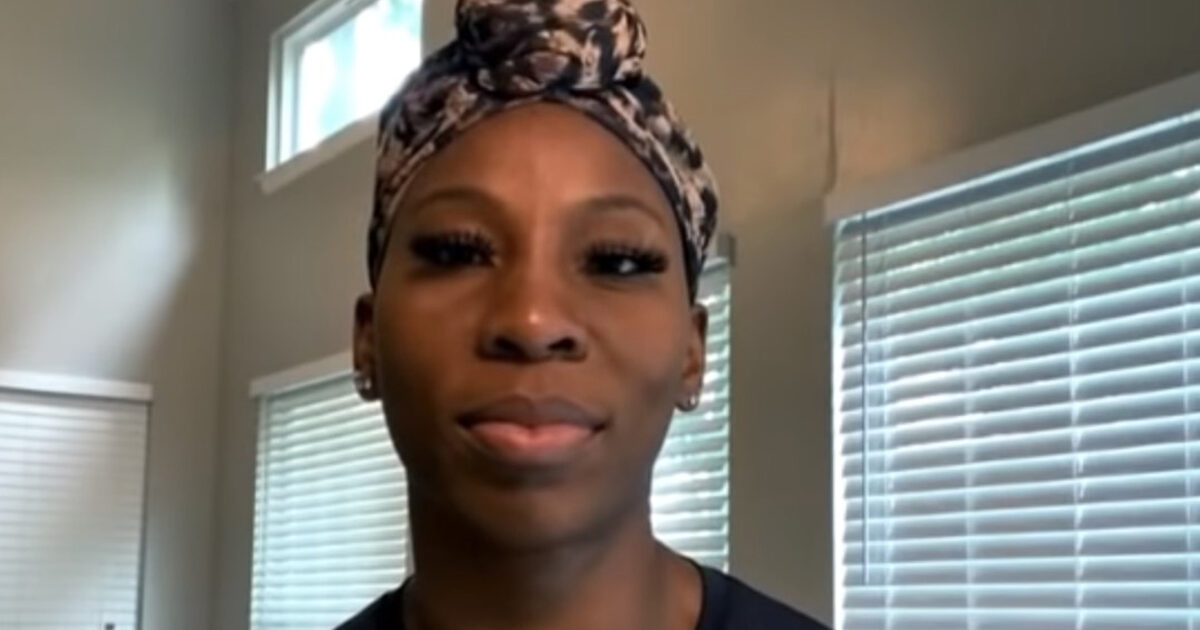 Olympic hammer thrower Gwen Berry repeated the claim that the American national anthem is “racist” and “disrespects” black people as she defended her act of turning her back as the anthem was played at last week’s Olympic trials.

Appearing on the Black News Channel, Berry insisted that she is wholly justified in her hate for the national anthem because it contains racist lyrics.

Berry told the black network, “If you know your history, you know the full song of the National Anthem. The third paragraph speaks to slaves in America, our blood being slain and piltered [sic] all over the floor. It’s disrespectful and it doesn’t speak for black Americans. It’s obvious.”

Berry on why she signed up for Team USA: “I never said I didn’t want to go to the Olympic Games … all I said was, I respect my people enough to not stand or acknolwedge something that disrespects them.”

This is a common attack on the song Francis Scott Key wrote in 1814, and that more than 100 years later became our national anthem. But it is false and not a true reading of the lyrics.

Indeed, the word “slave” does appear in the original lyrics Key wrote to honor the U.S. flag during the War of 2812. The line reads, “No refuge could save the hireling and slave.” However, the slave in this instance did not mean black, chattel slavery. It referred to one of the reasons we went to war with Britain in the War of 1812.

The claim that the anthem speaks about black enslavement has been ridiculed by many historians, who say the words actually referred to the British Navy’s practice of impressing American sailors into serving the Crown, essentially making them slaves to the British Navy. That practice, known at the time as impressment, was one of the main causes of the war. In addition, large numbers of black soldiers were fighting for the U.S. during the war that sparked Francis Scott Key to write the tune, and Key was well aware of that and made no attempt to dismiss the heroism of our black soldiers.

Even the liberal Snopes website posted an article in 2016 saying that the claim that the verse is a celebration of chattel slavery is not a foregone conclusion and that many historians dismiss the connection to America’s slavery practices.

Finally, another point debunking the “slavery” claim about the song is that the version of the song officially enshrined as our national anthem does not even contain the purportedly offensive verse. The verse had fallen into disuse during the decades following the Civil War and up to the time it became our official anthem in 1931.

So, Berry’s historical revisionism notwithstanding, the “slavery” verse was long gone before Congress even adopted the song as our national anthem, and black enslavement was never part of the song in the first place.

Atlanta Police Officer Ambushed in Heart of the City