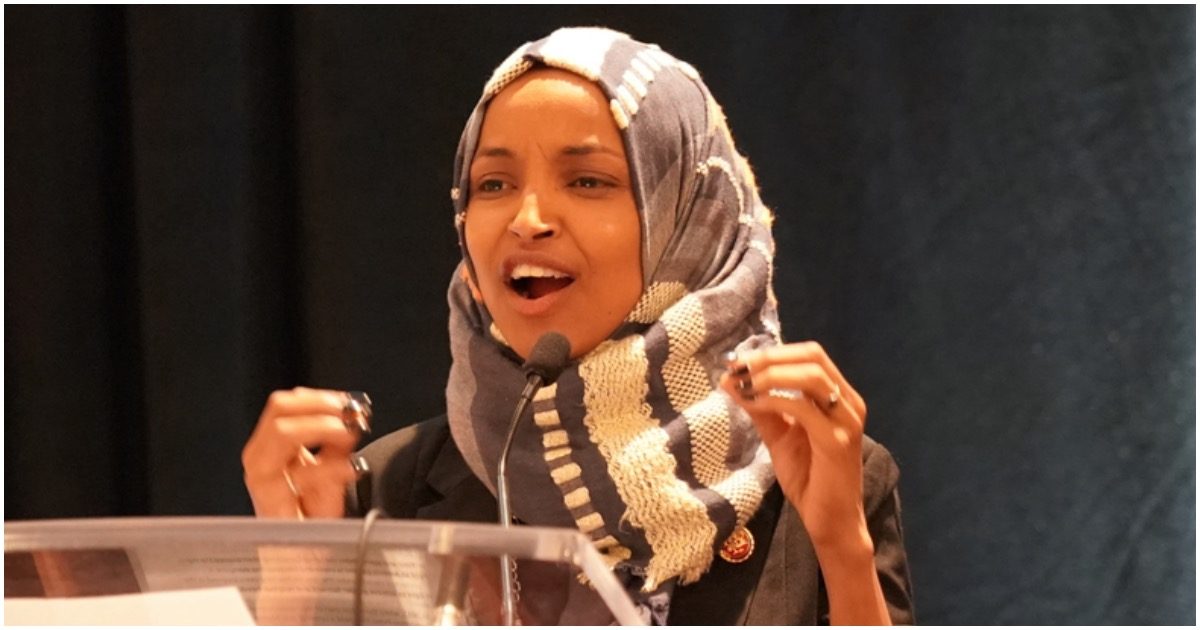 She has only been in office since January 2018, but Ilhan Omar (D-MN) has made quite the impression on America in arguably the worst way imaginable.

Omar is a complete fraud. 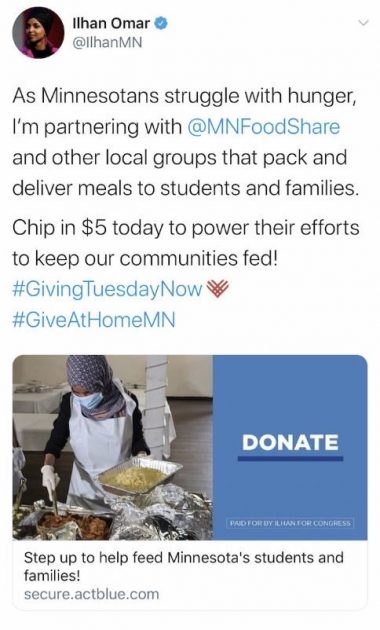 The executive director of the organization then sent this tweet: 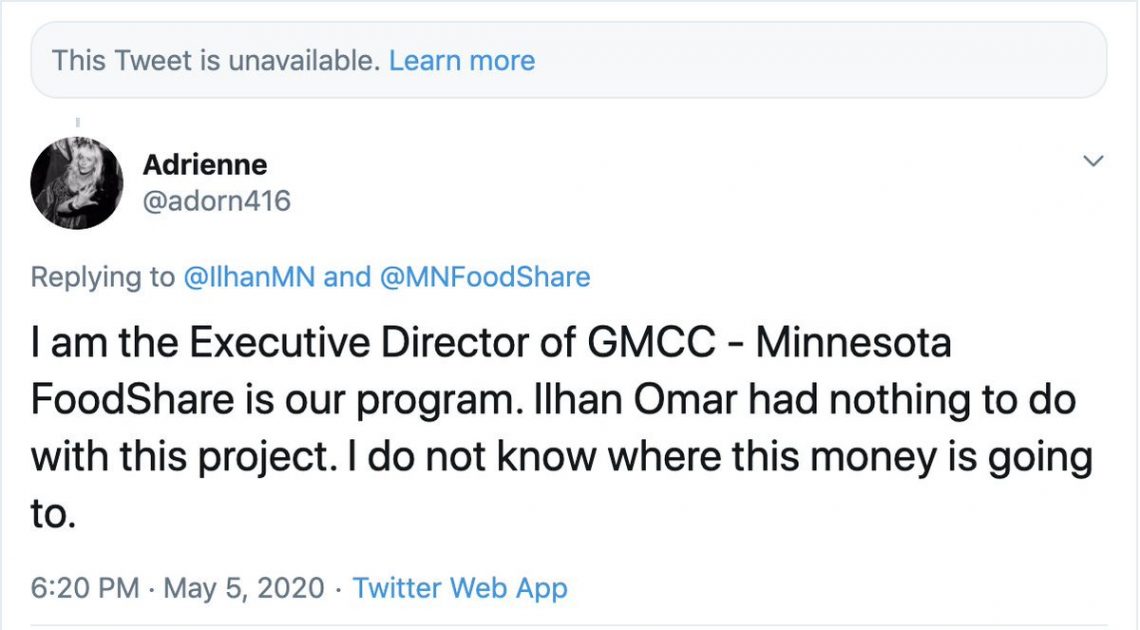 And here’s the deal…

Yet another @IlhanMN campaign finance problem:@IlhanMN posted this tweet on Tuesday, then deleted it at some point after it received this reply. pic.twitter.com/S9kS6JqiWZ

On Tuesday, @IlhanMN tweeted a misleading fundraising link for her campaign.

They made it appear as if the money was going to @MNFoodShare programs. She got caught and deleted the tweet.

Please Retweet & Support the organization at this link. https://t.co/QUpJf29E8C

Why is Omar untouchable?

Ex-Obama Official Lied Under Oath, Never Had Any Evidence of Russian Collusion – But Said She Did