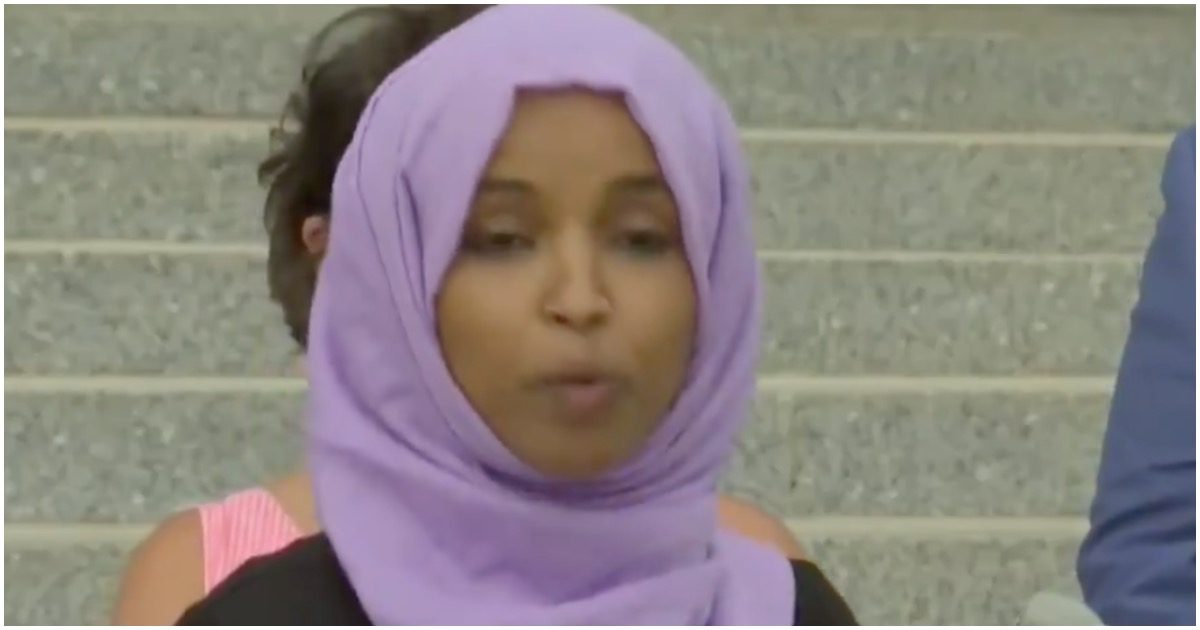 Omar made the remarks during a press conference held by the Minnesota People of Color and Indigenous caucus in St. Paul, Minnesota, which centered around racism.

President Trump held his first rally in a few months in Tulsa, Oklahoma. As expected, the joint was jam-packed with proud Americans.

POTUS did his thing, slamming the left while propping up the USA. He even went after radically far-left brother-lover Ilhan Omar.

More from the rally…

First Trump rally post COVID-19 shutdown, there is a health check point where you are given a mask and your temperature is taken pic.twitter.com/SJTmB4mgAV

BREAKING: A woman entered the rally area wearing an “I can’t breathe” shirt. She says she had a ticket but was asked to leave.

Police dragged her out and arrested her for trespassing after she sat down and refused to leave. pic.twitter.com/7mJwWELJ5J