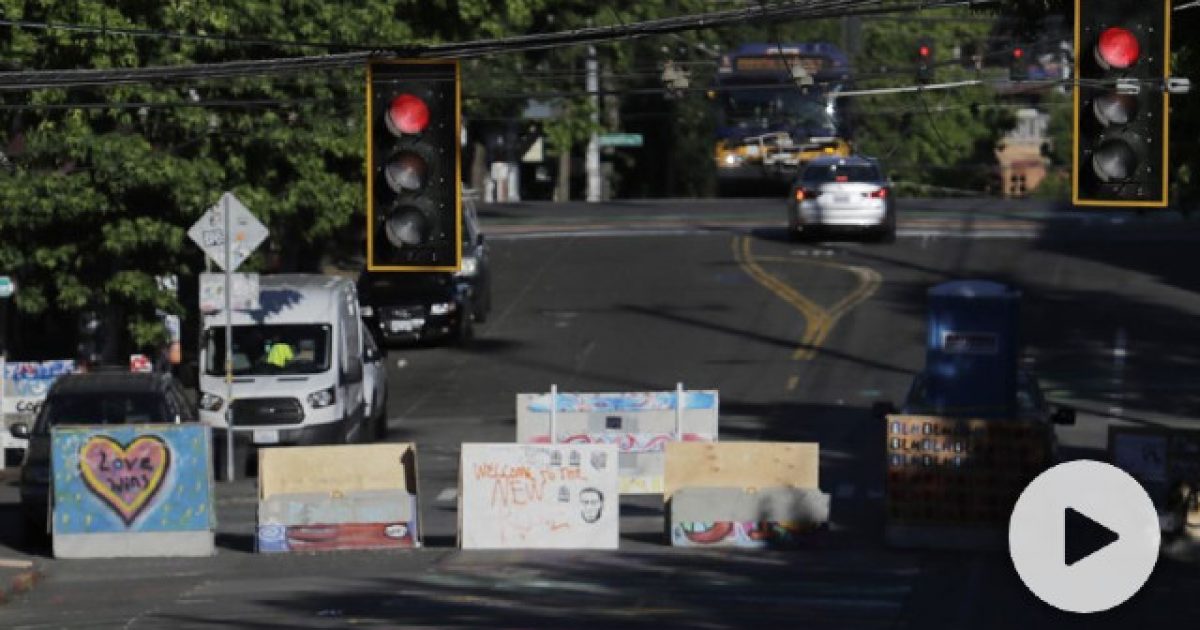 Remember when the mayor of Seattle said that everything was peaceful inside the CHOP, or Capitol Hill Organized Protest Zone, that radical left-wingers invaded and took over in the downtown area of the city?

If I remember correctly, it was referred to as potentially being the “summer of love?” Well, that’s a total crock. Several shootings have occurred within the zone, as well as a few alleged sexual assaults.

There was another shooting over the weekend between two males that left one dead and the other in critical condition in the intensive care unit of a local hospital.

This whole situation is an unmitigated disaster. Officials in Seattle need to order the use of force to barge in and shut this whole anarchic mess down and bring law and order to this part of the city. Now.

The shooting victim who arrived at the hospital at 3:30 a.m. from the CHOP area on Capitol Hill in Seattle has unfortunately died, Susan Gregg, a hospital spokeswoman, told Fox News. He was transported to the hospital via Seattle Fire Department medics.

The other male arrived at about 3:15 a.m. by private vehicle. He remains in critical condition in the intensive care unit.

The Seattle Police Department took to Twitter where they announced they were investigation a shooting near 12th Avenue and Pike Street where two people had been injured.

That particular corner is two blocks away from Cal Anderson Park, the location where protesters initially camped out in tents in order to occupy the area that was first known as the Capitol Hill Autonomous Zone.

As time has progressed, the encampment has become much more difficult to manage, drawing in a large population of homeless people and causing tons of violence to erupt in the area.

Organizers of this protest stated they are attempting to move things into the abandoned East Precinct. This is the location where most of the movement’s leadership currently resides. Leadership is using this as a means to have a bargaining chip with the city to achieve the police reforms they are demanding.

Efforts by the city to dismantle CHOP were stopped on Friday when protesters did what they do best, which is essentially nothing, laying down in the middle of the street to prevent Seattle Department of Transportation crews and other heavy machinery from removing their barricades around the occupied zone. After two hours, the crews left without dismantling anything.

Well, it seems that diplomacy isn’t working. What these people are doing is essentially making terrorist ransom demands. No amount of negotiation will convince these people to stop. It’s time to go beyond this nonsense and call on police and National Guard to dispatch this occupying crew.