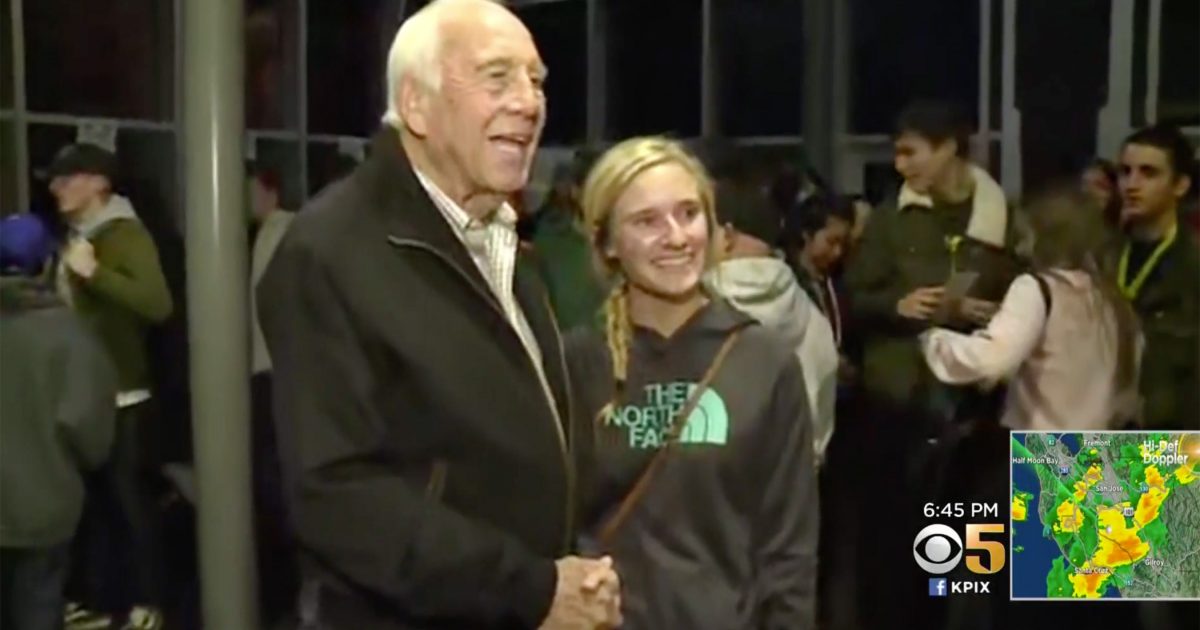 It’s impossible to imagine what goes into the recovery process for the average person, having to sift through the rubble of your home, your workplace, replacing what you can and mourning for what, or who, you can’t.

Although the deadly Camp Fire was recently declared 100% contained and under control, the members of the devastated communities ravaged by the blaze have the monumental task of rebuilding ahead of them.

While the feat of rebuilding a whole town from scratch seems near-impossible, glimmers of hope have been arriving in the form of heartfelt assistance from neighbors near and far and continue to bless the lives of those affected by the fires.

One particularly generous soul was found in one Bob Wilson, an executive living in San Diego who donated over $1.1 million to the students and staff of Paradise High School.

“I’m really appreciative because we can put it towards moving on,” one student named Arianna Harris shared with CBS13 Sacramento. “We hit bottom so we can only progress and get better.”

While $1,000 may not solve every problem for every person in the aftermath of such a destructive fire, it’s a greatly appreciated leg-up to put toward resources or relocation. “I decided to put it toward rent. Like getting a new house,” Harris added.

As for what Wilson expects to get from his generous gesture, he said, “If they take away from this, ‘some guy 600 miles away thought enough to come up here and give them a check,’ that’s all the compensation I want out of it.”

“If they see this and decide, ‘hey I can do something,’” Wilson explains, “gee, what a great thing that would be.”

And his generosity certainly has had an impact on the students of Paradise.

“It’s incredible to think that someone could be so kindhearted,” said James Clery, an 11th grader at PHS.

“I do hope that that man knows that I’m very thankful,” Harris said.

A truly incredible and inspiring gesture!

If you’d like to join the ranks of Bob Wilson and the many others who are helping the Camp Fire survivors, check out some of these boots-on-the-ground relief organizations lending aid to the survivors.