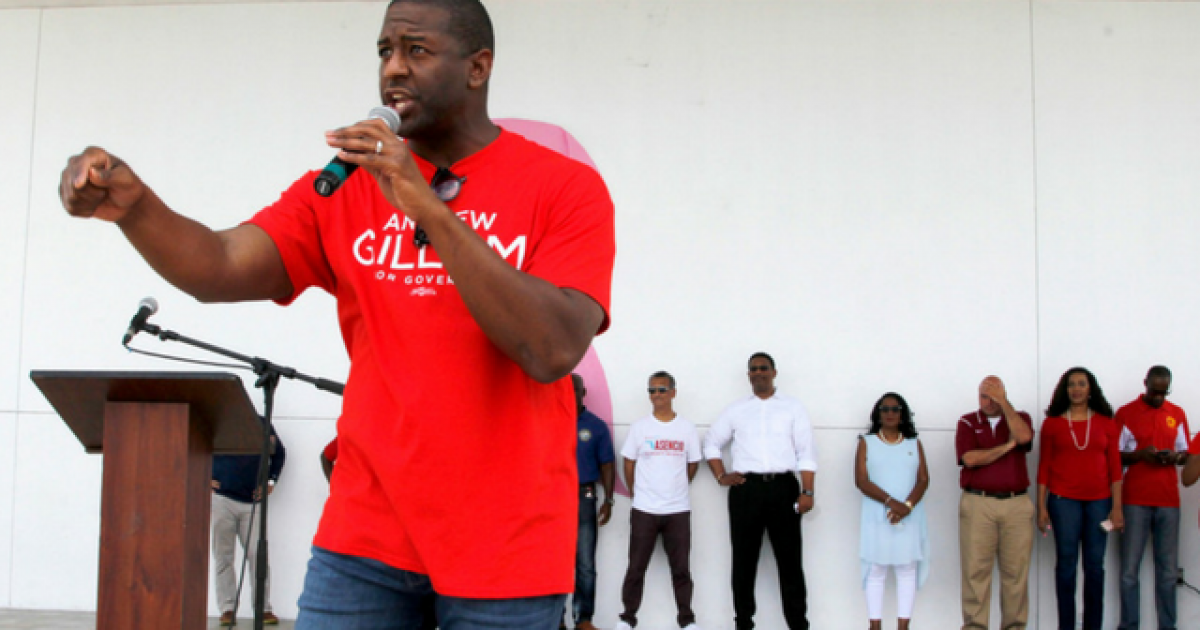 I was going to say that maybe the new Democratic candidate for governor in Florida may not quite be the figure he’s been touting himself to be…but as a socialist-minded politician, potentially being shrouded in corruption and cover-up definitely fits the bill for a Marxist of any stripe.

Not to mention a powerful Democrat.

So yeah…this actually makes a lot of sense.

Andrew Gillum was the surprise winner of the Flordia gubernatorial race this week who has caught the attention of the nation as yet another unpredicted upset by a far-left candidate in an election an establishment Democrat had been projected to win; the first, of course, being Alexandria Ocasio-Cortez, who may be more of a favorite of the right than the left at this point for all her brilliantly hilarious gaffes.

Gillum’s campaign, however, has a sizable hurdle to pass that progressives worry his Republican opponent, Ron DeSantis, may take full advantage of.

The FBI has been conducting an investigation of pay-for-play corruption out of the mayor’s office in Tallahassee, of which Gillum is currently mayor.

The investigation, the Tallahassee Democrat reported yesterday, has been going on for three years. Gillum claims he’s not a target, but he is very closely connected to agencies that are, as he admitted in an interview two months ago:

“I have zero tolerance for corruption and inappropriate or illegal behavior, and the last several months there appears to be an FBI investigation into something we thought was writ large in our government, the CRA, which I am chair of,” Gillum said during a six-minute conversation on the subject.

The search warrant detailed an alleged bribery scheme involving Carter-Smith, Maddox and Governance. In it, the FBI alleged Maddox took official acts to benefit clients of Governance in exchange for payments.

“We pulled that document down and it showed at least an accusation of one of my colleagues having taken money potentially in exchange for a set of votes on something that came before the commission,” Gillum said. “This is the government’s argument and we have yet to hear the other side of the argument and he is entitled to that.”