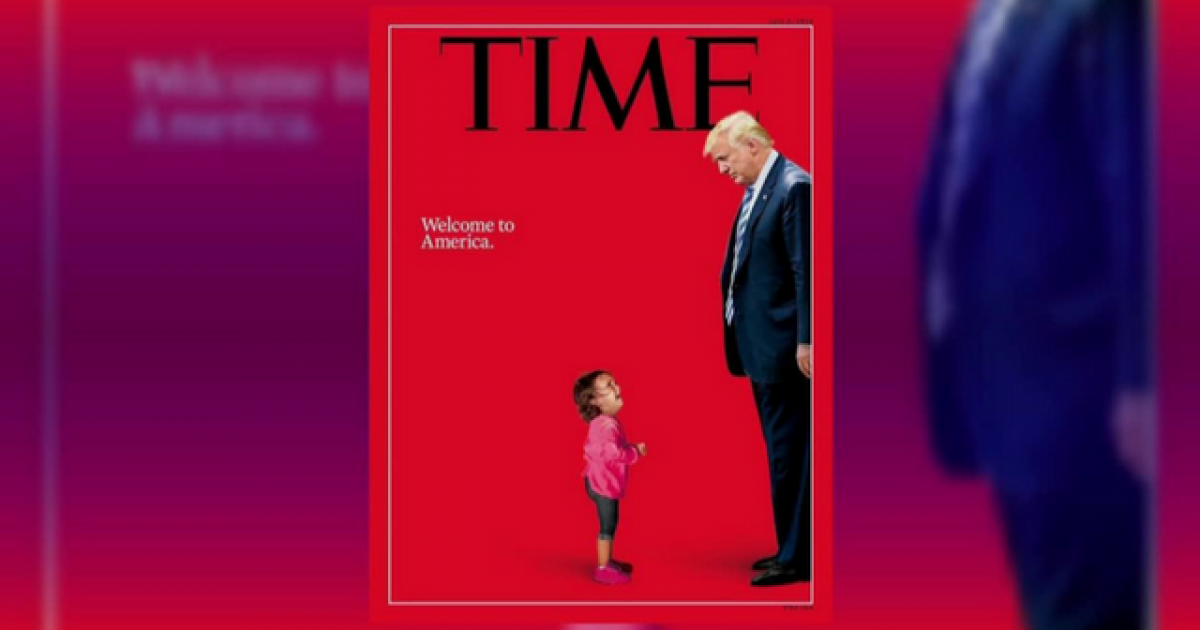 It doesn’t take a genius to figure out that the left has been disgustingly exploiting images of crying children in various stages of being separated from their detained illegal immigrant children.

What also doesn’t take much a stretch of the imagination is the fact that a lot of these images aren’t always what they appear to be.

It is still, nonetheless, incredibly funny as well as aggravating to learn that one of the most heart-wrenching viral photos of a child at the border was never even separated from her mother.

The revelation came after the child’s father, Denis Javier Varela Hernandez, was interviewed by the Daily Mail and revealed that his wife, Sandra, actually abandoned their other three children to pay a coyote, or human smuggler, $6,000 to take 2-year-old Yanela across the border with her.

In the viral photograph, which graced this weeks’ edition of Time magazine, superimposed on a blank background with a heartless Trump staring her down, Yanela is simply crying as her mother is searched.

The father of the Honduran girl who became the face of the family separation crisis has revealed that he still has not been in touch with his wife or daughter but was happy to learn they are safe.

Denis Javier Varela Hernandez, 32, said that he had not heard from his wife Sandra, 32, who was with his two-year-old daughter Yanela Denise, for nearly three weeks until he saw the image of them being apprehended in Texas.

In an exclusive interview with DailyMail.com, Hernandez, who lives in Puerto Cortes, Honduras, says that he was told on Wednesday by a Honduran official in the US that his wife and child are being detained at a family residential center in Texas but are together and are doing ‘fine.’

‘You can imagine how I felt when I saw that photo of my daughter. It broke my heart. It’s difficult as a father to see that, but I know now that they are not in danger. They are safer now than when they were making that journey to the border,’ he said.

Denis said his wife and daughter were never separated by border control agents and remain together.

But the left has no shame. There will be no apologies, no self-reflection upon the hysterical nature of their narratives and their reliance on hollow, deceptive imagry.

They’ve already moved on to their real goal, anyway: an end to Trump’s zero-tolerance policy at the border.

It never was about the kids.