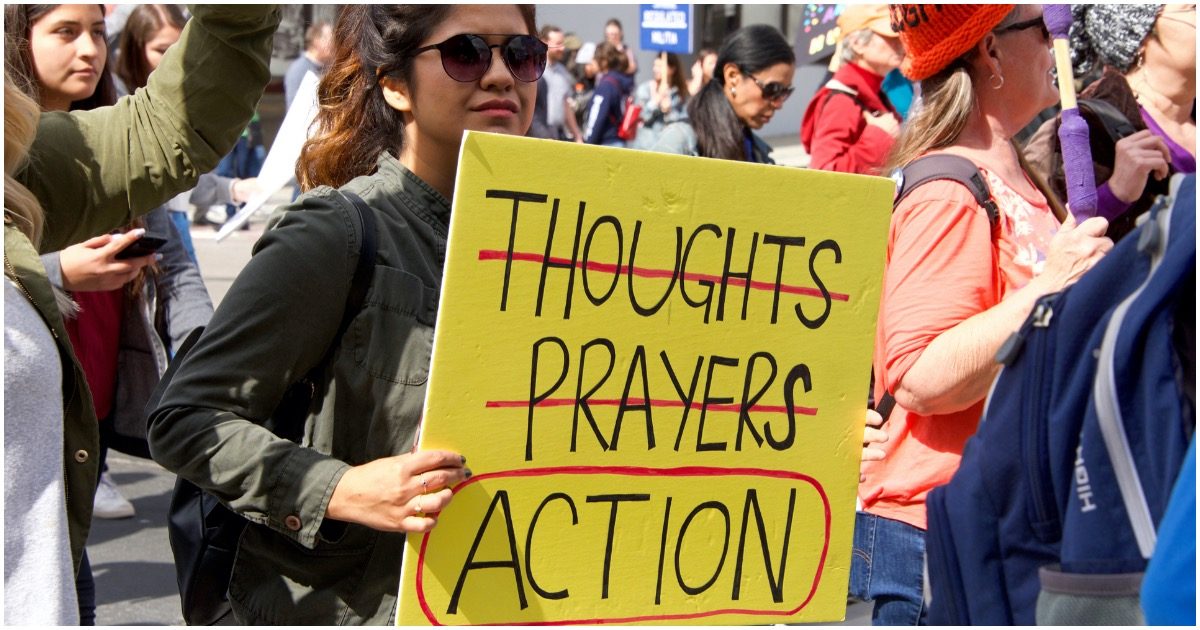 Liberals are so desperate to push gun control that they refuse to acknowledge when anything good happens. For example, the Texas church shooter might’ve killed a whole bunch of people. Thankfully, parishioners in attendance were also armed, ready to take down a bad guy at a moment’s notice. But Dems don’t see that. They don’t want to. From Townhall:

An op-ed penned by Elvia Díaz for the Arizona Republic and USA Today said it is “terrifying” there were other people who were armed at the West Freeway Church of Christ when it was attacked by a gunman on Sunday.

“Jack Wilson is a hero alright. It took him only six seconds to kill a gunman at a Texas church, saving countless lives. Unfortunately, that kind of split-second heroism has been turned into a PR tool by gun advocates,” Díaz lamented. “The church’s volunteer security team member is a firearms instructor, gun range owner and former reserve deputy with a local sheriff’s department…”

After praising Wilson’s heroism, the op-ed then states, “The real story here isn’t heroism,” but “have we really reached a point when each of us need to carry a firearm anywhere we go? Gun advocates certainly think so.”

"Sure, the other 6 people who lawfully drew firearms during the attack didn't behave inappropriately and didn't shoot any innocent people but they COULD HAVE and that's terrifying!"

"This thing that didn't happen—and doesn't happen—could have happened, so we're actually right."

Video from today’s attempted mass shooting in a Texas church

1 innocent person was killed, but thankfully an armed citizen shot and killed the murderer before he could do more harm pic.twitter.com/48vkDFegcM