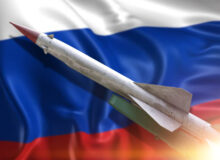 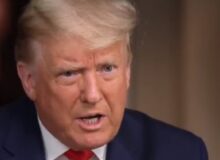 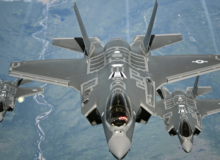 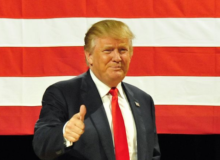 Beginning as a trickle and turning into a tidal wave in a few weeks, America’s 13,000 school districts are gearing up for the 2022-23 school year. Soon your children will be doing homework. But we have a crucial homework assignment for you too, parents.

This academic year may be one of the most important in the history of our country. The evidence is overwhelming that America’s classrooms, from the earliest grades, are being used not to educate but to indoctrinate our children with radical ideologies, racially divisive theories and distorted views of human sexuality.

Here are three main areas of concern for parents across the country:

1. Human sexuality. Sexually explicit books, library materials, workbooks and classroom handouts are being introduced to children at inappropriate ages, including as early as first grade.

Transgender ideology is being pushed aggressively in many classrooms. In some cases, very young children are taught that if they “feel like a girl and a boy” they are transgender. So much for the “tomboy” girl who loves to play with her brothers! Some teachers have even told children to pick the pronouns they want to be called without telling their parents.

More broadly speaking, the larger LGBT movement has been active in some schools. One California teacher was caught encouraging her students to pledge allegiance to a homosexual “pride” banner instead of the U.S. flag. Drag queens have been brought into schools for reading hours with children.

2. Critical race theory. As Christians, we reject racism in any form. All human beings are made in the image of God (Genesis 1:27). Martin Luther King Jr.’s goal — that one day his children would “live in a nation where they will not be judged by the color of their skin but by the content of their character” — still resonates with Americans of all races today.

Unfortunately, King’s vision is rejected by leftist ideologues. Critical race theory first emerged in higher education but in recent years has trickled down into even elementary school.

CRT poisons young minds. It teaches minority children that they are victims of a racist society and have little chance to succeed. White children are taught that they are genetically racist and oppressors. It is hard to imagine a more poisonous message with which to infect the minds of our children.

Often CRT comes into schools under other names in order to confuse parents. Schools have denied having a CRT curriculum, but investigations have shown the material is in the classroom.

3. Anti-American history. When most of us were growing up, American history textbooks taught us to love our country because of its virtuous values that uplift life, liberty and the pursuit of happiness.

We knew about the courage of our Founding Fathers and how our Constitution is based on the idea that our freedoms come from God, not government. Our nation was heralded as the melting pot of the world, the American experiment that afforded all people an opportunity to succeed. And for generations, people have fled to our country and not away from it. That says it all.

Sadly, for decades, American universities have been teaching anti-American history or no history at all. The results are obvious. In the riots of the summer of 2020, college-aged demonstrators attacked monuments and statues of our Founders and even the Lincoln Memorial.

Now, this attack on our constitutional republic’s history has seeped down even to elementary schools.

Related:
Trump Reveals the Moment He Knew NY Attorney General Would Bring Case Against Him

These radical teachings on human sexuality, race and American history are now being confronted by alert parents and community members.

Parents are the first and most important teachers a child has. Here are things you can do:

1. Use your kitchen table to discuss, over dinner, what your children did in the classroom each day. Engage the current events in our world in an age-appropriate manner. You may be surprised to hear that your child thinks more like you than you were aware.

2. Join local groups with like-minded values to monitor our schools. There is strength in numbers.

4. Consider other educational choices, from homeschooling to Christian schools.

5. Regularly visit our website and tune into the Family Talk broadcast. We will be updating you on the battle for the hearts and minds of America’s children as the school year progresses.

6. Pray for the Lord’s intervention to break the stronghold of these destructive ideologies in our educational system. This is a battle that can only be won if we stay on our knees.

Our children are gifts from God. We have a moral obligation to protect them from harm. And remember, you are not alone in this battle.

But this is ‘Teflon Don’ we’re talking about…