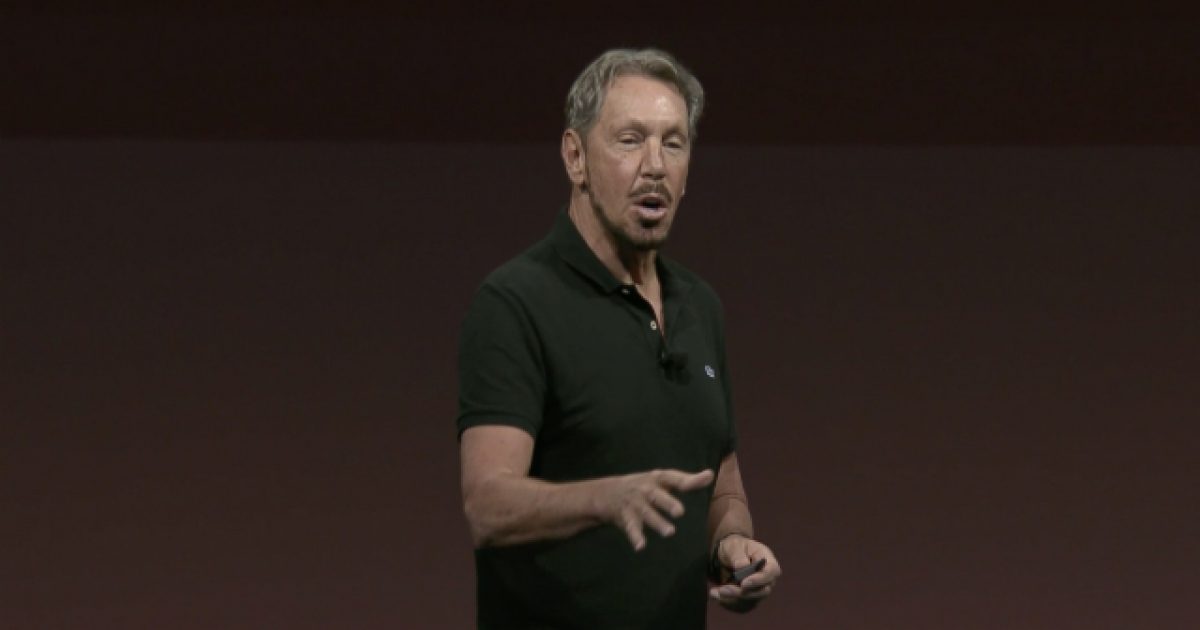 Employees working for Oracle were none too happy to find out that the co-founder and chairman of the company, Larry Ellison, would be hosting a high-dollar fundraising event for President Trump at his Californiat home.

When employees found out about the event on Thursday, they expressed their frustration initially among themselves and with outside friends, posting links to the stories about the event — which is to be held at Ellison’s 249 acre property close to the Santa Rosa mountains — on social media.

“Oracle is not supposed to be political but yet our CEO is doing something very political, no?” said one current Oracle employee. “This fundraiser is a slap in the face to all of us, especially as Larry champions the environment and is building a hospital,” they said, citing Ellison’s philanthropic efforts. “This shows that he cares about money over all else. And that is what matters. But what is the average employee to do?”

The Feb. 19 event is part of Trump’s fundraising and campaign swing through California, Arizona, and Nevada next week. The high-profile appearances he will stage are also designed to take some wind from the sails of the Democrats duking it out ahead of the Nevada caucus and high-delegate Super Tuesday states.

The 18,430-square-foot home’s golf course was designed by billionaire former owner Tim Blixseth and professional golfers Tom Weiskopf, Dave Stockton, and Annika Sorenstam. When the property hit the market in 2010, Trump was floated as a potential buyer.

“It signals what I and many others have always feared,” one current employee told Recode. “Culturally, Oracle is the type of place where you’ll work with many lovely people who you share common ideals with, but those ideals have to be left at the door in service of the company.”

As it turns out, Ellison has been donating to Republican candidates and causes since the early 1990s, which also includes a whopping $4 million to super PACs that supported Florida Sen. Marco Rubio in the 2016 presidential election.

At the end of the day, political ideas should be set aside so folks can work together on projects that have nothing to do with politics. Why this is such a big deal to the employees seems rather ridiculous. Does every person in an individual’s professional and private life have to walk in lock-step with their own personally held beliefs?