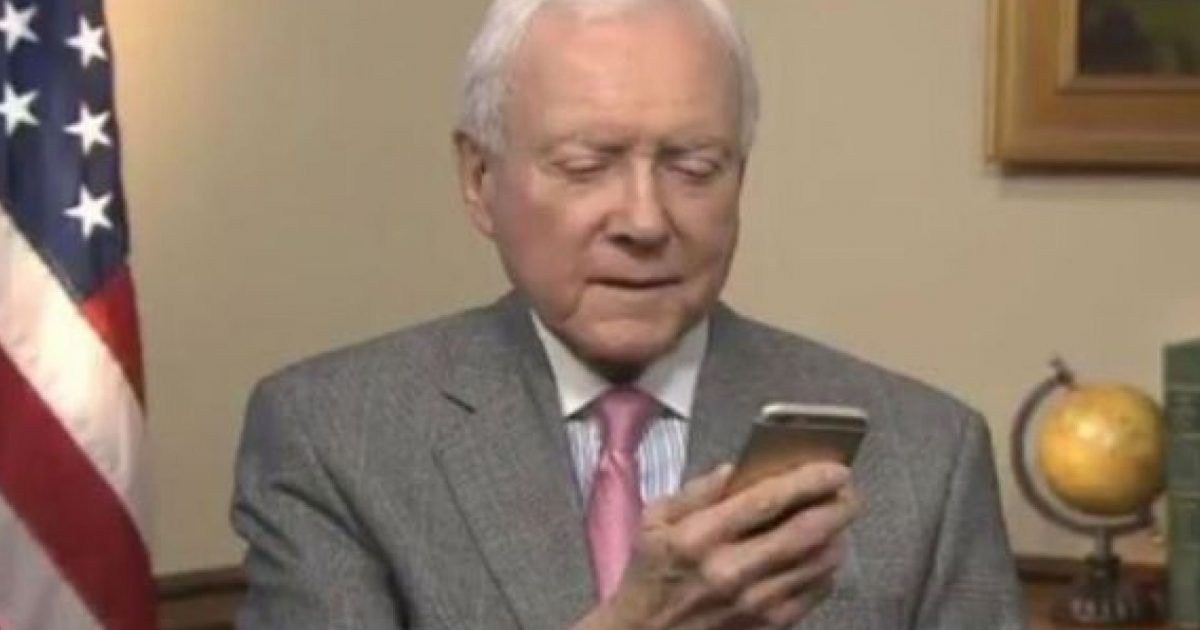 Elizabeth Warren was simply asking for trollery when she decided to release the findings of a DNA test which indicated she has Native American ancestry.

That is, .1% Native American ancestry at best.

The right, who dubbed her “Fauxahontas” (or, alternately, “Liawatha”) years ago, has been in stitches at Warren’s amazing self-own, which demonstrated she has somewhere between 1/64 and 1/1,024 Native American ancestry.

She has, up until this point, been insisting her paternal grandparents wouldn’t allow her father to marry her mother because she was part Cherokee and part Delaware.

There is literally no evidence of this whatsoever, in either her family history or her DNA.

While all the usual suspects, from Trump to Ben Shapiro to Tucker Carlson have been slamming the heck out of the Senator, octogenarian Senator Orrin Hatch took a shot at trolling Warren, and it totally landed.

The Senator from Utah, who is the longest-serving Republican Senator in our nation’s history, having begun his Congressional career in 1977, has certainly earned the nickname ” dinosaur. His office took to Twitter to hilariously suggest that he had 1/1,024 “T-Rex” DNA.

These DNA tests are quite something. pic.twitter.com/tCHmW7pJbj

The competition for winning the internet is certainly stiff today following Warren’s hilarious revelation,  but I’d definitely say Hatch is in the running.