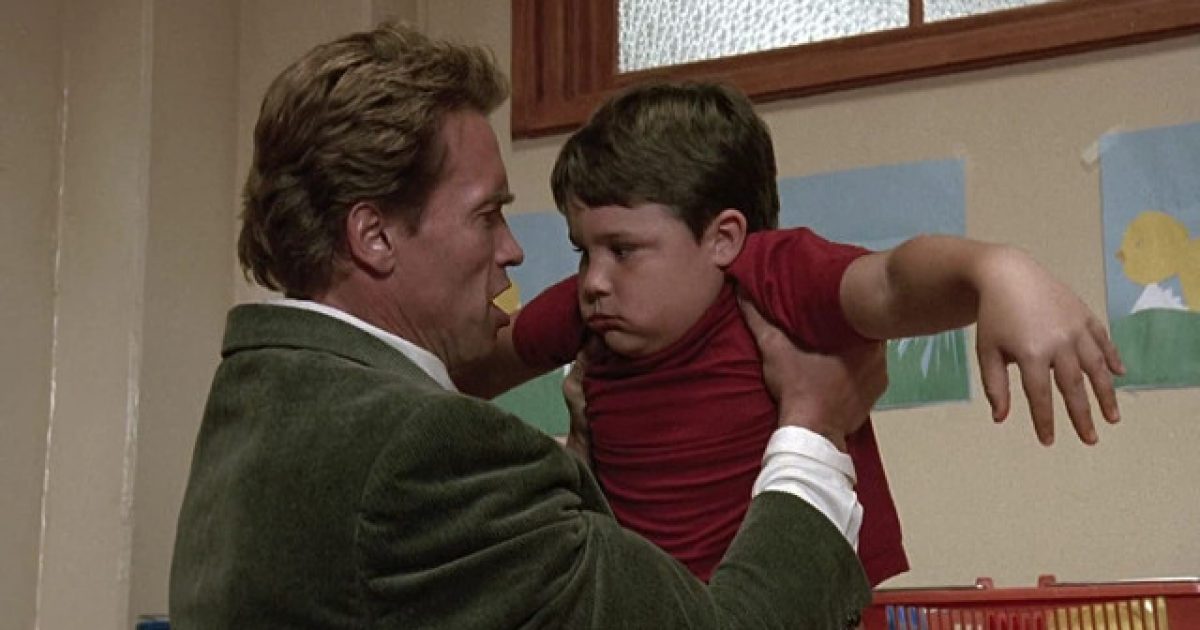 Well, now we know for sure that the radical leftists in this country are hellbent on taking anything and everything fun and ruining it so that there’s nothing for folks to enjoy, all in the name of completing their quest for political correctness.

The latest victim of this push is an outdoor screening of the film “Kindergarten Cop,” which was set for August 6. The screening was a special event to celebrate the movie’s 30th anniversary and filmmaking in Oregon.

However, a Portland author complained about the film, saying it makes light of the “school-to-prison pipeline.”

Every party has a pooper.

According to Willamette Week, Portland’s NW Film Center (NWFC) decided, after discussions with “staff and community members,” that screening “Kindergarten Cop” to open their “Cinema Unbound” drive-in summer movie series at Zidell Yards would be ill-advised, given the current political climate. The 1990 movie, which was filmed in Oregon and features Schwarzenegger as a cop who goes undercover at an elementary school, will be replaced with a screening of “Good Trouble,” a documentary about late Rep. John Lewis (D-GA).

NWFC’s decision came shortly after Lois Leveen complained on Twitter about the Schwarzenegger comedy. According to her website, Leveen’s work “has appeared in the New York Times, the LA Review of Books, the Chicago Tribune, the Huffington Post, the Wall Street Journal, the Atlantic and on NPR.”

The NWFC spoke with the Willamette Week and noted that Leveen’s concerns weren’t the only ones taken into consideration, stating they go dozens of others, some from individuals in the black community who asked them to consider showing a different film.

However, they did respond directly to her tweet storm over the weekend. Here’s what she had to say:

What’s so funny about School-to-Prison pipeline? Kindergarten Cop-Out: Tell [NWFC] there’s nothing fun in cops traumatizing kids. National reckoning on overpolicing is a weird time to revive Kindergarten Cop. IRL, we are trying to end the school-to-prison pipeline. There’s nothing entertaining about the presence of police in schools, which feeds the ‘school-to-prison’ pipeline in which African American, Latinx and other kids of color are criminalized rather than educated. 5- and 6-year-olds are handcuffed and hauled off to jail routinely in this country. And this criminalizing of children increases dramatically when cops are assigned to work in schools.

“It’s true Kindergarten Cop is only a movie. So are Birth of a Nation and Gone With the Wind, but we recognize films like those are not ‘good family fun,’” Leveen added. “They are relics of how pop culture feeds racist assumptions. Because despite what the movie shows, in reality, schools don’t transform cops. Cops transform schools, and in an extremely detrimental way.”

Even though Leveen got her wish, that wasn’t enough to satisfy her. It never is with the left, something we’ve all seen play out over and over again through the last several years.

“I have been a Silver Screen members for years, and an NWFC patron even longer, and I know how seldom their screenings attract substantial numbers of BIPOC [Black, Indigenous and People of Color] audience members. When a white-dominant institution cannot honestly admit their error and insensitivity, it does not suggest they will avoid similar errors and insensitivities in the future.”

This is pure insanity. What’s scary is that not only are the inmates running the asylum, they don’t actually realize they are crazy. To them, this all makes sense. Nothing is safe and sacred from the PC police.