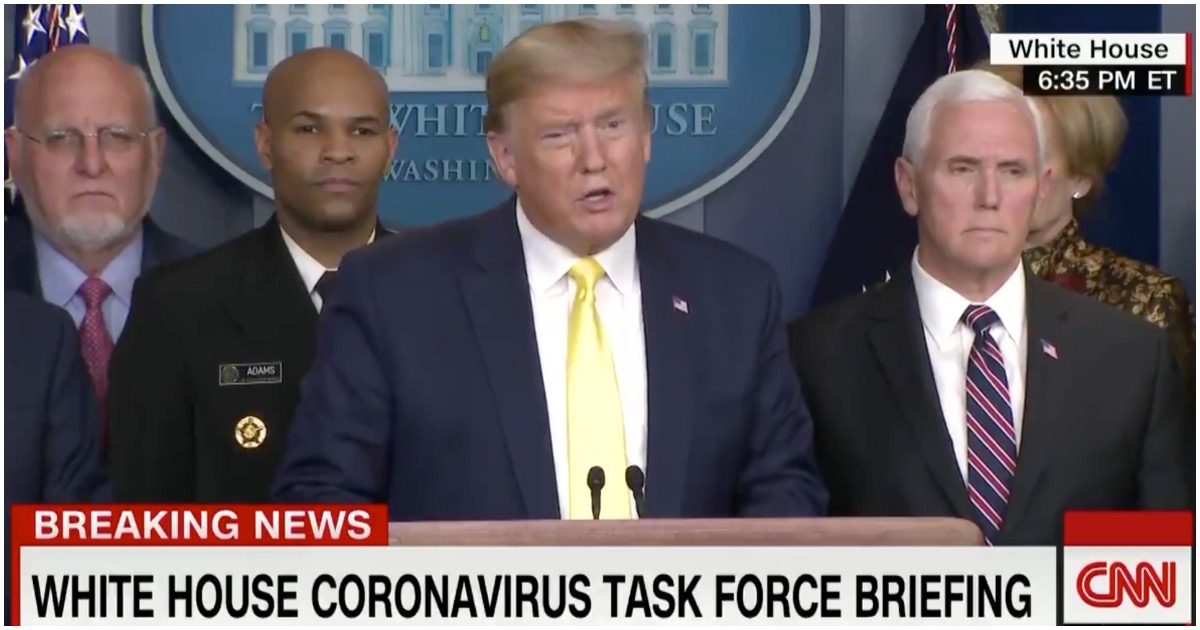 There’s a lot to unpack here, as coronavirus hysteria continues to dominate the headlines (and cripple the stock market). First up, the entire country of Italy is officially on lockdown. We’re talking a nation with a population of around 60 million people.

Italian Prime Minister Giuseppe Conte announced on Monday that the government has locked down the entire country in an attempt to deal with the outbreak of the coronavirus, which originated in China.

BREAKING: #Italy PM #Conte announces the restriction zone will be extended to cover the whole country. No longer just a red zone in the north – all of Italy.

Tells Italians to stay at home, to think of the common good, to play their part to combat #Coronavirus. Cancels all sports matches across the country.

Britain's Foreign Office now advising against all but essential travel to #Italy "in line with various controls & restrictions imposed by the Italian authorities". This in a founding member of the EU, a G7 nation and one of the world's most visited countries. Astonishing & tragic

Also on Monday afternoon, President Trump made a big announcement that will provide some economic relief for workers.

President Donald Trump announced on Monday that the administration was going to seek to cut payroll taxes and provide economic relief to hourly employees who suffer economic harm from the coronavirus, which originated in China.