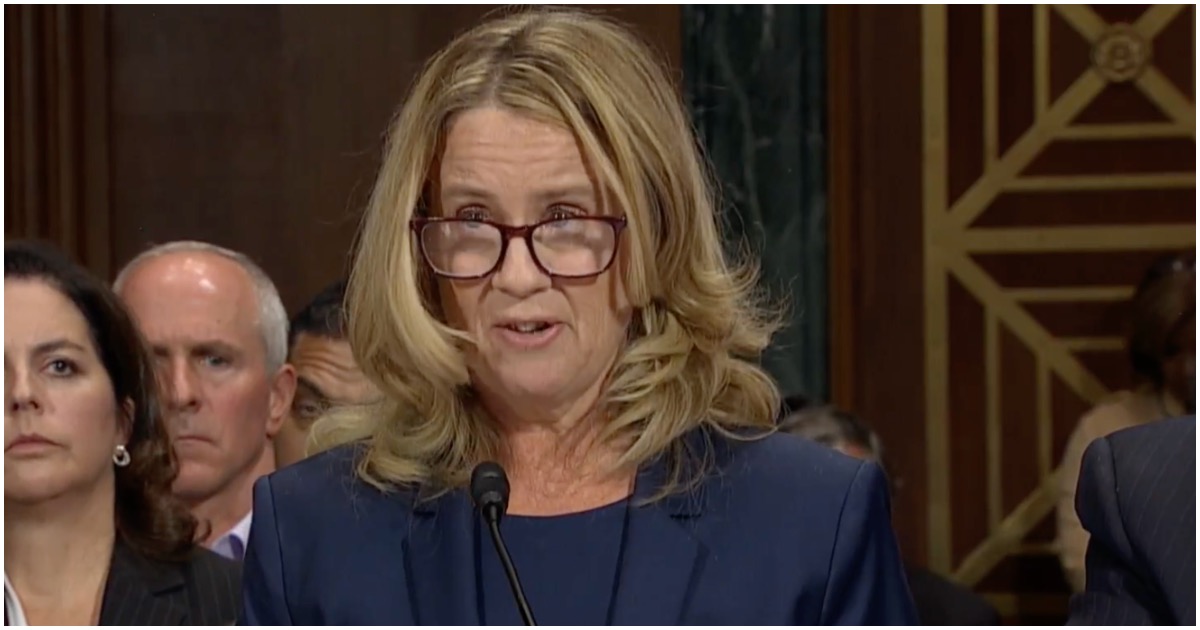 Justice Brett Kavanaugh’s original accuser, Christine Blasey Ford, is set to cash in to the tune of $1 million.

Not only that, but Palo Alto, California is now set to publicly honor Ford for her bravery.

On Oct. 29, Palo Alto Mayor Liz Kniss plans to hold a ceremony to publicly honor Ford for her “act of bravery” in testifying against Kavanaugh.

A research psychologist and biostatistician, Ford teaches at Palo Alto University in consortium with Stanford University. Data show the typical PAU professor earns a salary of $150,000 per year. She has written or helped write more than 50 books, journals and articles. Outside of academia, she does consulting work for pharmaceutical firms, including helping design clinical trials. According to a recent Who’s Who profile, she is also director of biostatistics for Corcept Therapeutics, a Menlo Park, Calif., drug development firm with $160 million in sales, for which she’s worked since 2003.

Her husband, Russell B. Ford, is a Silicon Valley biomechanical engineer and inventor who holds several patents on medical devices.

Aside from possible financial incentives, critics say Ford clearly had a political motive to come forward with her unsubstantiated charges against Kavanaugh. They note that she is a registered Democrat who has made contributions earmarked for Bernie Sanders, the Democratic National Committee and the Democratic Congressional Campaign Committee. She also marched against Trump’s stance on climate change and signed a letter speaking out against the Republican president’s immigration policies. Trump nominated the conservative Kavanaugh last summer.

WATCH: Hillary Gets Racist & Says ‘All’ Blacks ‘Look Alike’ – Then Laughs Out Loud