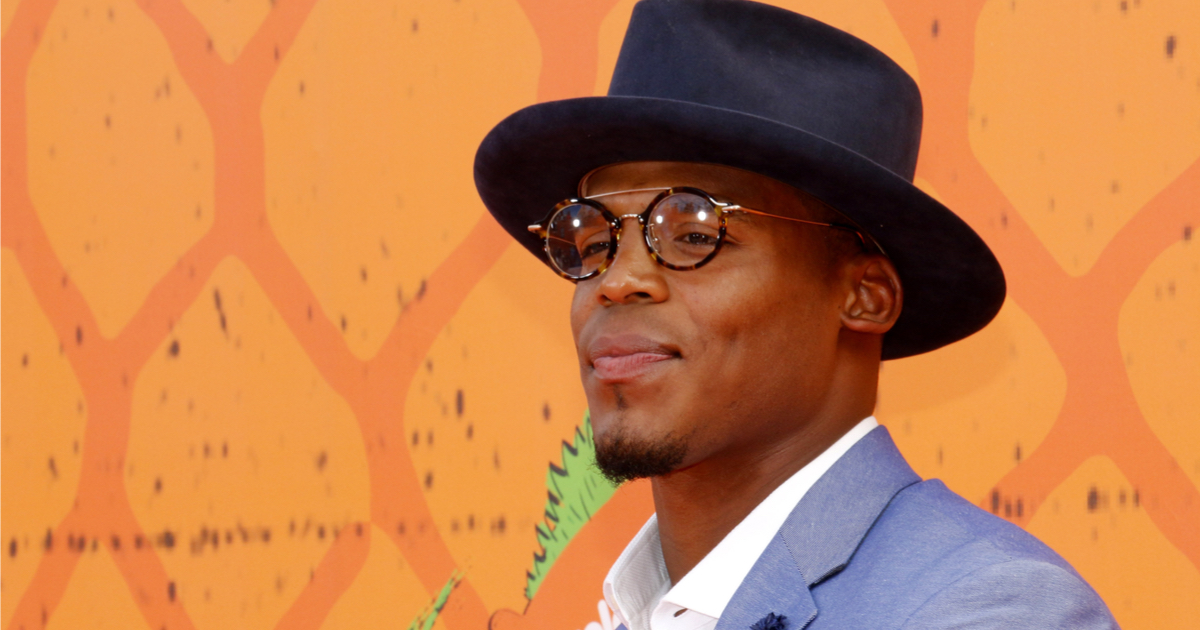 Cam Newton has a bit of a troubled reputation and he didn’t do himself any favors last weekend by throwing a young fan’s little plastic dustpan in the garbage when he made it seem like he might autograph the thing.

The Carolina Panthers quarterback was mouthing off to some Saints fans sitting near the Panthers’ sidelines on Sunday when he asked a security guy to bring him the kid’s plastic dustpan.

Everyone assumed that Newton was going to autograph it for the kid.

Once the guard brought him the item, Newton drew boos when he threw the kid’s item in the garbage can sitting by the players instead of autographing it.

According to reports, one young Saints fan was carrying a small dustpan, likely to taunt the Panthers for a “sweep” since the Saints had won their two previous matchups. Newton apparently saw the thing and had security gather it up. Everyone thought he was going to sign it, but instead he tossed it in a garbage can on the sidelines to a chorus of boos, Daily Snark reported.

Newton was not playing Sunday due to a shoulder injury.

The laughing Newton even threw other things in on top of the kid’s pan as the kid stood there in the stands in disbelief.

Saints boosters slammed Newton on Twitter for the incident:

What a disgrace. Cam Newton claims to be a role model? This is disgusting. https://t.co/SaDsBOobju

@CameronNewton belongs in the trash where he threw that dust pan. He’s a garbage quarterback

NY Democrats Stiff Charity, Give Nothing to Kids After Paying for Lavish Parties