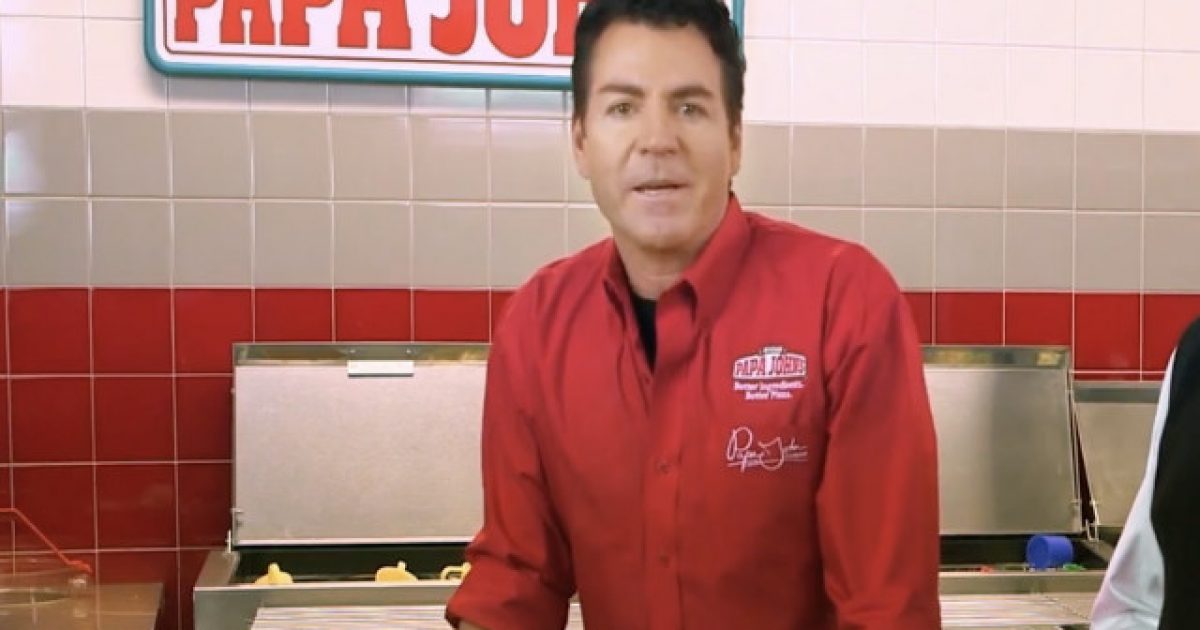 John Schnatter, founder and face of Papa John’s pizza has officially resigned from the company as of Wednesday after controversial remarks he made during a conference call over the NFL national anthem protests.

Schnatter was on the phone with fellow Papa John’s executives and a marketing company called Laundry Services. The reason for the call was to role-play certain situations to help Schnatter avoid public-relations issues. Ironically, this conversation actually produced the very thing it was supposed to prevent.

During the call, the marketing group asked how Schnatter planned on distancing himself from racist online groups. “Colonel Sanders called blacks n*****s,” he responded, adding that Sanders didn’t face backlash from the public.

“Schnatter also reflected on his early life in Indiana, where, he said, people used to drag African-Americans from trucks until they died,” says the Forbes report. The comments were “intended” to express Schnatter’s “antipathy to racism” but, according to a source familiar with the matter, some on the call were offended by the remarks.

“News reports attributing the use of inappropriate and hurtful language to me during a media training session regarding race are true,” wrote Schnatter in an email to Forbes. “Regardless of the context, I apologize. Simply stated, racism has no place in our society.”

“Papa John’s condemns racism and any insensitive language, no matter the situation or setting. Our company was built on a foundation of mutual respect and acceptance. One of our core company values is People Are Priority Always (P.A.P.A.) and we are committed to maintaining a diverse, equitable and inclusive workplace for all of our corporate and franchise employees,” says the statement, according to Fox News.

The ‘N-word’ is absolutely a disgusting derogatory word that should not, in any way, shape, or form, be used by ANYONE, especially given that the Word of God commands us to love our neighbor and treat them with respect.

Calling them derogatory names like this one is actually a violation of the Sixth Commandment, because in a spiritual sense, it murders a person’s soul, making them feel less than the image bearer of God they are. It’s deplorable and shouldn’t be used.

However, in this case, it seems everything has been blown out of proportion. It doesn’t appear, and this might be wrong, that he was intending to use an actual racial slur, but trying to poorly illustrate a point. Then again, maybe he is racist, we can’t know the intent of his heart.

Regardless, there seems like more to this than what we’re hearing. Guess we’ll just have to wait and see if any more information becomes available.

Capitalism For The Win: Elon Musk Makes Pledge to do What The Government in Michigan Failed to do