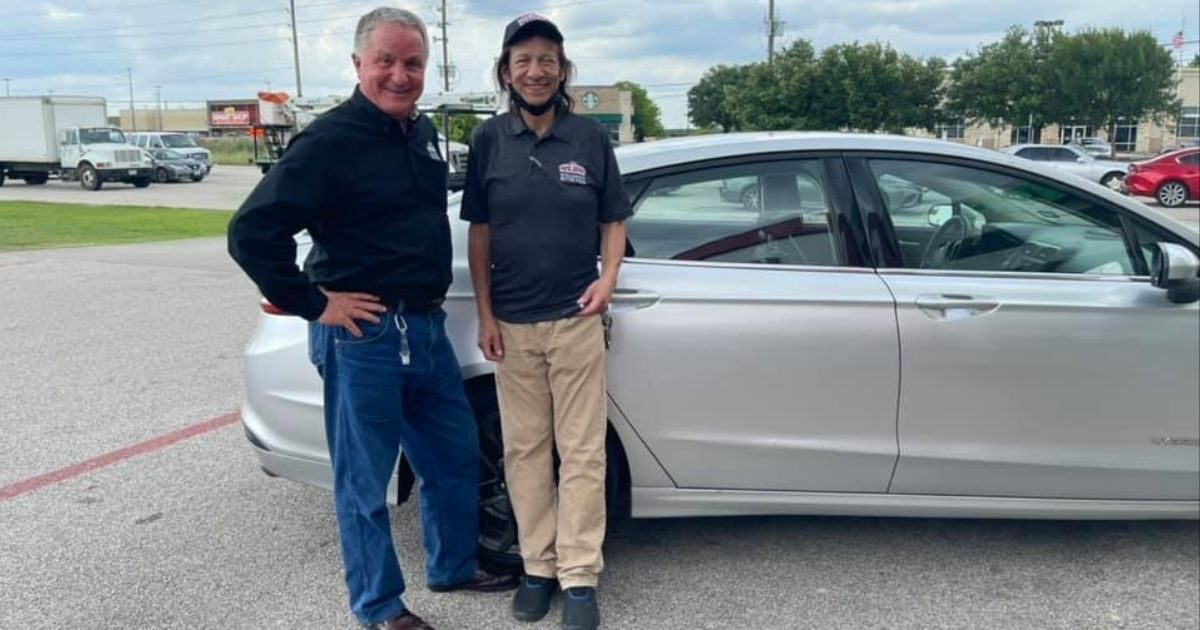 Isaac Sanchez of Houston has worked at Papa John’s Pizza for 15 years. He is well-known by customers and coworkers alike — and more people than ever know about him now after a series of hardships he’s faced this year.

In February, when the freak cold hit Texas, Sanchez broke his kneecap. Later, he got sick, and the medical bills were relentless.

He lived out of his car — a car he bought from one of his coworkers. It held all his earthly possessions.

One day as he was sitting in his car watching a movie, thieves attempted to steal the catalytic converter. The result was that sometime later, while he was delivering pizzas, his car caught on fire.

Sanchez was OK, but his car and all his belongings were ruined. The car wasn’t only his home, it was his means of work since he was a delivery driver.

The outlook seemed grim, but some kind people went to work to make sure he wasn’t left destitute.

Miceli also started a GoFundMe page, which has raised more than $9,400 in donations.

“Isaac is a gentleman that works at my job,” he wrote on the fundraiser page. “He is a driver and while on a delivery, his car caught fire. The reason for the fire was someone tried to steal his catalytic converter.

“Everything he owned was in that car. He got into an accident which hindered him from working for a while and I personally sold him my old car. He had been using that to live in the car trying to get a place again and get back to normalcy.

“He is a very hard worker at work and didn’t deserve any of this. We’re asking for donations of any type to help him get back on his feet. God bless anyone that can help Isaac!”

Keith Sullins, president of Houston Pizza Venture, a group that operates several Papa John’s locations and other restaurants, went a step further and offered the longtime employee one of his own cars.

“He’s such a great employee,” Sullins said, according to KWTX-TV. “I just like to say thank you for staying with Papa John’s. Thank you for all you do.”

Sanchez has been overwhelmed by the support he’s received and made sure to express his gratitude.

“The president of the company just came out here and gave me his car,” he said in amazement. “That is awesome. I’m overwhelmed really.

Miceli shared photos of the gift on his Facebook page and let people know that the funds they donated would go to paying off Sanchez’s medical bills and helping him find an apartment.

“Thank you to everyone who donated!” he wrote in an update. “It means so much to everyone here at papa johns to see Isaac finally get something good in return! We have hit the goal, however Isaac is still homeless at the moment and has medical bills to take care of.

“Spreading the word can go a long way so share, share, share! God bless everyone who has donated to help Isaac!! Let’s get him a place to stay and get those medical bills taken care of! Houston is the best city in the world!!!”