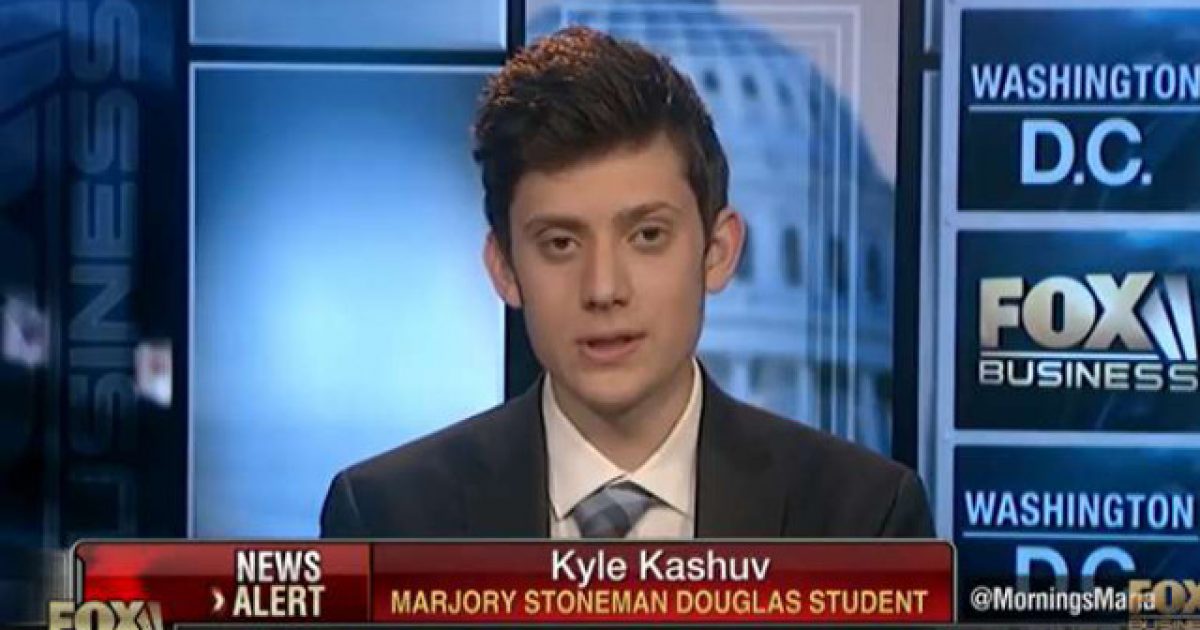 Earlier this week, conservative pro-gun Parkland school shooting survivor Kyle Kashuv took to Twitter to respond to a tweet posted by anti-gun activist Laruen Hogg, who just so happens to be the sister of the now infamous David Hogg, and boy did the fireworks fly.

David Hogg, if you recall, has been milking his fifteen minutes of fame ever since the shooting at Marjory Stoneman Douglas High School, going on talk shows galore, speaking at rallies, and using his platform to call older adults dummies for not passing legislation that limits the Second Amendment.

His sister, Lauren, has joined in on the fight, but unfortunately for her, she seems to understand the importance of the right to bear arms and the reality of evil in modern society even less than her brother.

Here’s the latest from The Daily Wire:

Lauren Hogg, sister of far-left provocateur David Hogg, tweeted: “I’m tired of people saying, “The only way to stop a bad guy with a gun is a good guy with a gun.“ Fighting fire with fire never got anything done. It just burned everything down. It is the same reason why we must never fight hate with hate. Only love can drive out hate.”

Fighting fire with fire never got anything done. It just burned everything down.

It is the same reason why we must never fight hate with hate. Only love can drive out hate.

Kashuv responded by writing: “Okay, so if someone comes at you with a gun make sure you offer them a hug. Let me know how it goes!”

Okay, so if someone comes at you with a gun make sure you offer them a hug. Let me know how it goes! https://t.co/XPBPH6xbs7

Kashuv wasn’t the only individual on Twitter who simply couldn’t resist responding to the mind-blowing ignorance of Hogg:

Just go back to being a kid and leave this stuff to the adults. https://t.co/RO2duDKhWk

That’s not true at all. Many individuals who have had to stop a violent criminal by using a bullet are not at all happy they had to use lethal force to put someone down. It’s a hard thing to live with, especially since the majority of America — which consists of well adjusted adults — recognizes that life is precious and taking life is never to be taken lightly.

The reason the Second Amendment exists is not as an expression of hate, but as a means of protecting that which is most precious to us. Our lives, possessions, and freedom.

If you say you truly love people, wouldn’t you want to have the tools at your disposal to protect them from danger?

Just some food for thought.

Nancy Pelosi Has High Hopes for Reelection, Democrat Victories in Upcoming Midterms, Here’s What She Said