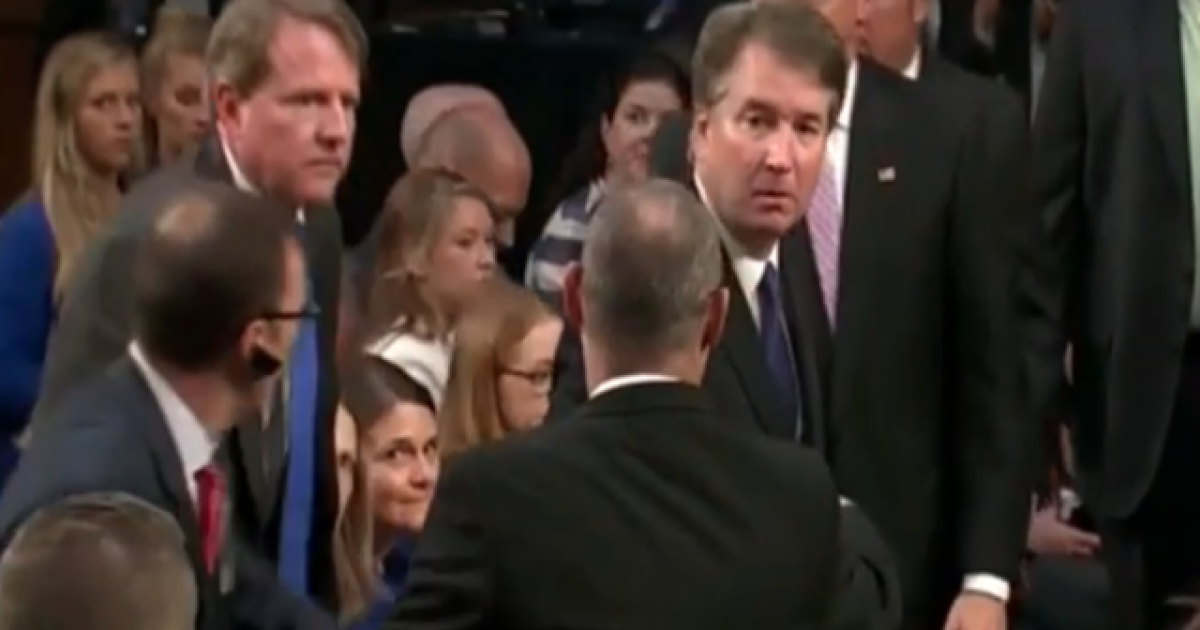 The mainstream media collectively lost its ever-loving mind on Tuesday after Fred Guttenberg, the father of a 14-year-old girl who was shot and killed during the Parkland school shooting, claimed that SCOTUS nominee Brett Kavanaugh refused to shake his hand.

The story, as it turns out, wasn’t true.

However, it seems the media ignored another father of a slain daughter in the shooting, Andrew Pollack.

In case you missed it, the orchestrated event was intended to capture the spotlight, as Guttenberg announced the day before that he would be at the hearing.

I will be at Kavanaugh hearings and I hope to play a role in ensuring that this man does not become the next Supreme Court Justice. https://t.co/6oC7OPlyB8

Guttenberg was there after Sen. Diane Feinstein (D-CA) invited him.

I invited @Fred_Guttenberg to sit in the audience at today’s hearing because the Supreme Court affects the lives of real people. He knows firsthand how Brett Kavanaugh’s extreme views on guns could lead to more massacres. Thank you Fred, for honoring your daughter.

Just walked up to Judge Kavanaugh as morning session ended. Put out my hand to introduce myself as Jaime Guttenberg's dad. He pulled his hand back, turned his back to me and walked away. I guess he did not want to deal with the reality of gun violence.

But Pollack said that Feinstein and the media were simply grandstanding over the deaths of innocent children.

“Certain politicians like @SenFeinstein and the media never miss out on a chance to use the deaths of the innocent victims of the Parkland school shooting. Truly pathetic and disgraceful. What is wrong with these people?” he wrote on Twitter.

Certain politicians like @SenFeinstein and the media never miss out on a chance to use the deaths of the innocent victims of the Parkland school shooting.

What is wrong with these people? #FixIt

Judge Kavanaugh was not responsible for the Parkland school shooting that killed my daughter. @RobertwRuncie, FBI, and Sheriff Israel are.

Judge Kavanaugh is a decent man and should be confirmed.

Blaming President Trump and Judge Kavanaugh (of all people) for Parkland is completely illogical. They had nothing to do with it.

My daughter is dead because the school board, the police, and the FBI all failed to protect her.#FixIt

It’s gross and disgusting to see how the left manipulates people and seeks to strip them of their dignity by parading them out in front of cameras, all to push their own sick and twisted agenda.

Someone’s murder should never be used as political fodder, yet that’s exactly what happens every time there’s a shooting like this. There’s no real talk of honest solutions, just political grandstanding and lots of publicity to help politicians get elected to office.

When will these people wake up?

New Report Reveals Huge Spike in Immigrants Opting Out of Welfare. Here’s Why.